Does Church Have a GEN NEXT Future?

“There’s an urgent question under discussion among church leaders in Britain: Will those in the millennial generation (aged 18-35) affiliate with the Church? Research suggests that if immediate creative action isn’t taken, a growing number of churches will be unlikely to have a future among the next generation as we race into the 2020s.

First, the good news. God is at work not only through people of faith, but also through people of compassion who are bringing welcome change to our world in what some are calling an ‘innovation revolution’. In the last ten years there has been a veritable explosion of new forms of social entrepreneurship and community empowerment that are bringing remarkable change to the lives of our most vulnerable neighbours, both locally and globally.

Since generations Y and Z are the first digital generations, they’re far more aware of the daunting new social, economic and environmental challenges facing our neighbours across the globe. Most importantly, a surprising number of young people want to create innovative ways to solve these international problems.

For example, Alice Boyle is the founder of East London’s Luminary Bakery. By employing disadvantaged women, this social enterprise is building a brighter future not only for these women, but for their families. Alice and her team teach women how to produce professional baked goods and develop other skills. Their aim is to ‘break the generational cycles of abuse, prostitution, criminal activity and poverty, which currently hold these women back from reaching their potential.

The traditional model of doing social and charitable good when you have reached a certain level of economic wealth, namely later in life, is no longer viable,’ observes Claritta Peters, a student involved in the social enterprise movement in the UK. ‘This generation wants their entire lives to make a difference; 31 not just to contribute a share of their discretionary resources as they prosper.’

I suspect that God might be using these young people, largely outside the traditional structures of the Church, to remind followers of Jesus that we are called to be people of compassion, creativity and action. God is challenging us to move beyond token handouts and instead to create innovative new ways to help those in need become self-reliant.” 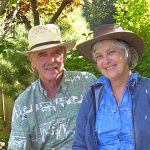 Tom Sine is co-founder of Mustard Seed Associates and blogs over at New Changemakers. His latest book is Live Like You Give a Damn: Join the Changemaking Celebration

Tom Sine, “Does the Future Have a Church?
Christianity Magazine UK, August 2016

Reconciled to Self, and Then Some

It’s Time To Paint Some Leaves

2020s Foresight is a Study Book

Prepping Gen Next for Recession Next

Excellent post. I think the most telling part was at the end, where GenNext is working “largely outside the traditional structures of the Church, to remind followers of Jesus that we are called to be people of compassion, creativity and action.”

“Church” does NOT need to be what the western church has institutionalized for the past few centuries. Thank the Lord that “church” can happen anywhere there is a need, anytime people come together to worship, praise, cry, and pray. God is bigger than our brick-and-mortar buildings. Amen! #PursuePEACE @chaplaineliza