Meditation Monday – Learning the Rights and Wrongs of Leadership from Jesus. 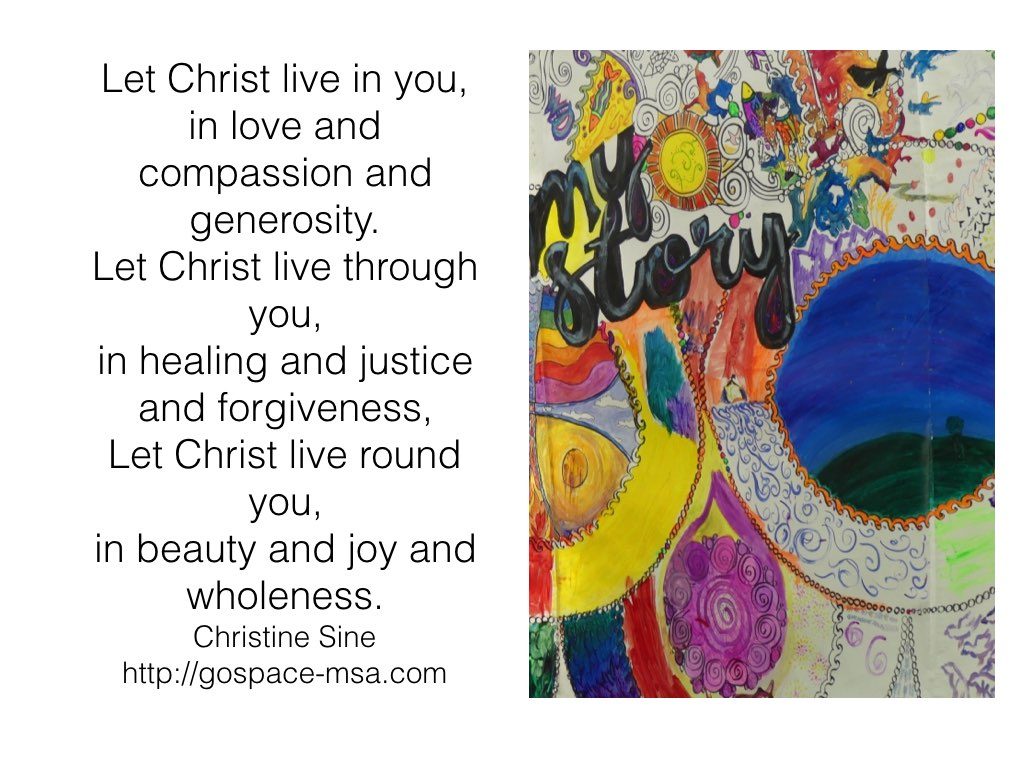 In response to Andy Wade’s Sunday morning reflection at our Celtic retreat I have been rereading and pondering the Beatitudes in Matthew 5:1-12 this week. The passage begins with a phrase I had never noticed before When Jesus saw the crowds, he went up the mountain…

I too climbed a mountain during the retreat, at least that was how it felt as I walked the new experiential prayer trail which wended its way up and down the mountainside of our property. Then Saturday morning, in a short beautiful ceremony of affirmation and appreciation I climbed down from the mountain of MSA leadership and handed it over to Andrew Wade.

Mountain tops are important in our journey with God. We talk about mountain top experiences when we have an especially exciting time of personal revelation, and in the Bible they are places of revelation too.

My ponderings this week, not surprisingly, focused on leadership styles which can also resemble mountain climbing.

Being blessed and prayed for at the Celtic retreat

Moses and the Wrong Way to Lead.

Moses climbed a mountain to receive the ten commandments.  He climbed alone. The people stayed behind. Moses disappeared into a cloud that hid God’s presence and separated God’s glory from the rest of the Israelites.  He received the laws alone, written on a tablet of stone – rules and regulations that unfortunately the Israelites had never seen modelled and I suspect really did not understand. I wonder if Moses understood them either.

Moses made so many leadership mistakes, a little like the zealous but somewhat naive church leader who heads off to a conference, meets God face to face, gets a fresh revelation and enthusiastically returns to implement new rules, regulations and ministries. Then he or she gets frustrated because the followers will not follow.

Mistake #1 – Moses left his followers behind when he went to meet God face to face. No wonder Moses was soon in retreat, now behind a veil of hurt, and bewilderment. God’s glorious revelation had become even more obscure.

Mistake #2 – Moses presented his message in a way that must have been incomprehensible to the Israelites. Written commandments for a group of illiterate slaves used to oral communication and stories. What was he thinking? Seems to me there was a little cultural insensitivity there and I don’t think it came from God. He was educated in Pharoah’s household. He could read and write. His followers could not. It must have just accentuated the differences.

Mistake #3 Moses got angry because his left alone followers had made their own path right back into the Egyptian culture. And I can’t help but wonder if that golden calf was something from Moses’ past too.

No wonder they all, Moses included, needed forty years in the desert. It was really there and not from those stone tablets that they learned generosity, compassion and caring.  It was there that they learned to trust God in an intimate, personal way no other people had ever known.

When have you messed up as a leader because of your ignorance of the culture and traditions of your followers?  Where has your education and upbringing gotten in the way of your success? 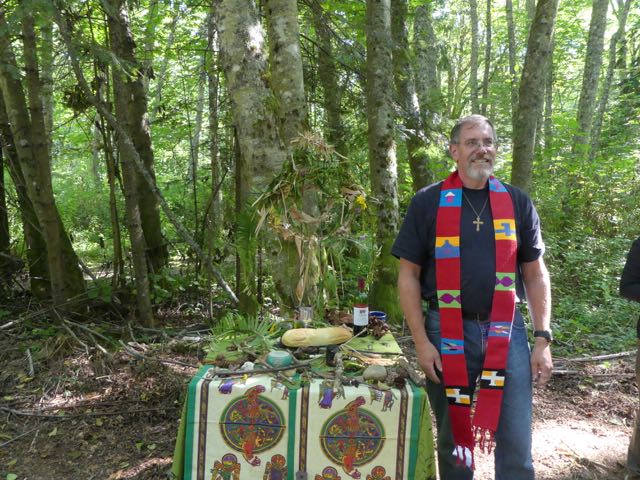 Jesus Gets It Right.

Right principle #1 He didn’t disappear alone into a cloud. He invited his disciples and the crowds that followed craving something new out of life to come too. He sat down in their midst and began to teach. He wanted them to understand with their hearts not just their heads.

Right principle #2 Jesus taught what was written not on a stone tablet but on his heart and in his life. Yearn for justice, work for peace, show compassion. These principles were woven into the very fabric of his being. His followers had seen him live them out. They were what made them crave something new with so passionately they left livelihoods and job security to follow him.

Right principle #3 Jesus carried on a conversation that both instructed and inspired. I can imagine that beatitude gathering was a very lively event that imprinted Jesus words on the hearts and lives of his followers – a new and living covenant that turned the world upside down in a way that the laws Moses brought down from his mountain never could.. Oral traditions are passed on by story telling, questioning and discussion and I am sure Jesus wove all of these into his sermon. Why is this teaching different from our traditional teachers? How do we live it out?

All of us are both leaders and followers. In what ways have we modelled Jesus in our leadership styles and practices?

What Happens When we Come Down from the Mountain?

As he talked about my leadership, Andy Wade affirmed the discernment process I incorporated into Mustard Seed Associates, a process of listening to the whole team that has become a foundational process for MSA. It is an organic and at times messy process that sometimes derails us from the rules and regulations of professional education and training to embrace new concepts God is leading us into.

I wonder if Jesus sharing the beatitudes was something like that. Everyone sharing how they felt and then together shaping something new that became not just the bedrock for this band of disciples but for the whole Christian movement.

I know this is all speculation, but I love to imagine the possibility, and the organic way in which the church has grown over the centuries, I think gives some credence to it.

As I sit at the bottom of my leadership mountain the question that revolves in my mind is: How have I climbed God’s mountain and conducted myself when I reached the top? Have I been like Moses or Jesus?

This is a question I hope you will ponder with me today. How do we climb our faith mountains,  as community, together with Jesus and others who crave the same life transforming knowledge we do? or do we climb as Moses did – as a solitary leader venturing alone into a cloud that hides God from our followers?  Do we sit down on our mountains to teach those that follow or do we hide the glory God has revealed with a veil because we think it is too intense for others to appreciate?

Let Us Go Into the Day with the Love of Christ in Our Hearts.

A New Era Has Begun

Imagination while reading scripture can be very helpful in uncovering our oversights. Thanks for this reflection, Christine, it helped me to reflect on how often I read Jesus’ words as lists, even when I know better.