The Web of Friendship 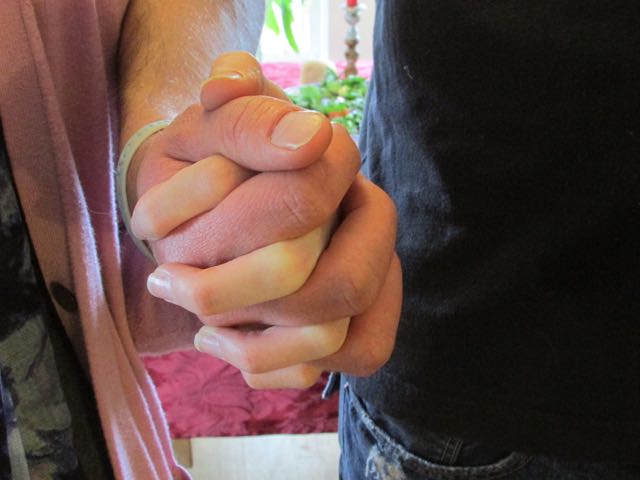 When you overhear someone talking about their friend you know that more information is needed to determine the nature of the relationship. That term could refer to people who spend a great deal of time together, or a casual acquaintance, or even strangers who belong to a mutual shared social network.

The foundation of ancient Celtic society was the tuaths, small tribal villages that provided a sense of identity built on interconnected relationships. When Christianity arrived, the Celts readily accepted the desert tradition of soul friendship, intimate relationships nurtured between two persons for the purpose of mutual growth in faith. This practice felt right, acknowledging the communal nature of the Christian life while demanding individual accountability.

“Soul friend,” or “anamcara,” was not a generic term; it had the specific meaning of an intimate bond where two people opened their hearts to one another, sharing their doubts and fears, their struggles and successes, encouraging one another on the journey. It called for active listening, speaking when necessary but always out of a knowledge of who the other person was and what they needed.

Stories abound of soul friendships from the Celtic saints. St. Brigid, for instance, required the practice. When overhearing a young man mention that his anamcara had died she insisted that he find another one immediately, “A person without a soul friend is like a body without a head,” she famously remarked.

These relationships often flourished regardless of differences in age or gender and persisted even if the participants became separated by great distances, or, as in one delightful account involving Ciarán of Clonmacnoise and Kevin of Glendalough, even death.

In 6th century Ireland, Ciarán stood out among a very illustrious crowd. While still a student at Clonard and later on Inishmore, his distinguished teachers predicted that he would accomplish great things. Indeed, while still a young man, he founded a significant monastery at Clonmacnoise situated at the intersection of major travel routes in the center of the island. Kevin was just as gifted but his calling was expressed more modestly, gaining renown as a person of great holiness and prayer. He attracted quite a following and tried to preserve his time alone by escaping to the Wicklow Mountains but his disciples found him. Only when they prevailed upon him did he establish a monastery in this remote location. Although differing in style and ambition, these two saints formed a strong soul friendship.

While in his early 30s, Ciarán fell ill, probably from the plague, and died. The brothers laid his body in the little church until his anamcara could arrive from Glendalough. Kevin entered the church, dismissed the others in attendance, and, as he prayed, the beautified spirit of Ciarán returned to his body. The two engaged in conversation for a while then shared the Eucharist and exchanged gifts. After a brief time, Kevin emerged and declared that the body of his friend was ready for burial.

The wide-spread practice of soul friendship on this level has certainly diminished since the height of Celtic Christianity. Today many people benefit from meeting with a spiritual director but the relationship tends to be more one-directional than mutual. Accountability groups of different kinds are popular but they can’t always create an atmosphere conducive to more intimate sharing. While few may enter into traditional anamcara relationships, these other forms witness to the great power generated in direct human encounter for the purpose of spiritual development.

There is no substitute for being physically present with another person as a companion on the journey. Kevin made the arduous journey some 90 miles to Clonmacnoise and Ciarán’s spirit even re-animated his body so their friendship could be fully embodied.

But the mystical elements of this story suggest that there is something going on beyond the physical. After his death, Ciarán existed in a liminal space, a reality beyond that bound by space and time. This “virtual reality” invites us to imagine new possibilities for spiritual growth and engagement.

Advances in communication and information technology have enabled people to rekindle and deepen old friendships and to meet strangers they would never have encountered in the past. We have access to a great of diversity of voices and personal experiences, opening windows to the many ways that God is at work in the world. Not only does this have the potential to shape and enhance our spiritual lives, it also brings to our attention areas of great need. Pain inflicted by racism, for example, has always been with us but seeing videos of it in real time leads to greater boldness in calling it to account. Now we can act as friends to people we may never meet in person. Soul friendships between individuals are still important but now we also have the means to extend that friendship by caring for individuals and groups around the globe, the ones who have been too often overlooked, even the earth itself.

As Christianity encounters this brave, new world, the Celts have already shown us the way forward – listen respectfully to one another, hold each other accountable for the health of the community, and honor how we are all interconnected, now more than ever.

But I believe that the mystical elements of this story invite us to embrace a reality beyond that bound by space and time, a virtual reality, which offers new opportunities for spiritual engagement.