Justice Is Truth In Action 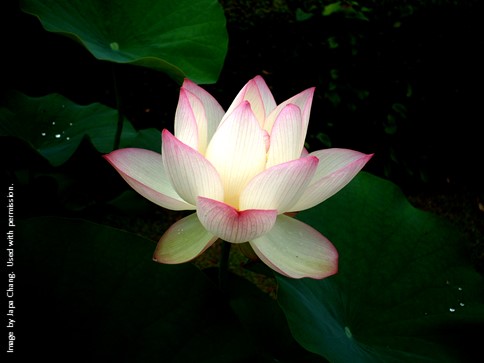 “It is reasonable that everyone who asks for justice should do justice.”

CHARLINE MUSANIWABO had a pretty ordinary life, a beloved member of a loving family, until the Rwandan genocide of 1994. She was eighteen and overnight her life plunged into an abyss. Both her parents, and five of her eight siblings, were killed. She fled with the remaining three, but was raped and forced to marry the Hutu rapist who had violated her, conceiving four children to him, suffering constant abuse to him over fifteen torturous years. With the help of a brave woman neighbour, she finally fled him in 2011. A longer version of her story can be read here.

Charline’s story echoes the fact that some injustices have been faced by relatively few. But her story also prompts us that injustice faces us all, not only in the wider world, but as much as anything, for many, within the sanctity of home. No greater oxymoron: violence done clandestinely within what should be the confines of the safest sanctuary.

Just how many women exemplify Charline’s story? How many even in ‘civilised’ countries with best practice legal systems? How many Charlines have we known? And what elements of her story resonate with our own stories?

The atrocities done to Charline are both rare yet contemptibly unremarkable; abhorrent, yet scarily real in the experience of many; too many, when even one case is unacceptable. Scarier still is the fact that we all have the perpetrator and victim in us.

Indeed, countless normal, indeed even gifted, people have instigated injustices. For instance, the biggest ecological disasters in the history of the world. In a former profession as a risk manager, I’d see the list of reported world incidents on a monthly basis, and it amazed me how the world coped with these gargantuan fires, dangerous chemical spills that would fill swimming pools, explosions that levelled entire towns, and toxic gas releases that could kill whole cities. Some of the worst disasters killed hundreds, if not thousands, of people.

In 1976, Bhopal in India was the site of the Union Carbide methyl isocyanate gas release that affected a half million people — and depending on who you read, somewhere between two thousand and sixteen thousand died! Innocent people who lived lives ignorant of the imminence of devastation. But the nuclear incidents are most disturbing. The Chernobyl reactor meltdown in 1986 is still a colossal problem thirty years hence, let alone within the tens of thousands of lives it wrought destruction, initially and subsequently. Then there’s the more recent Fukushima power plant disaster (2011), caused in some part by nature, but with the latent amoral precondition: a sequence to catastrophe at the mere presence of a nuclear power source. Where is the justice for the people killed or maimed by such events; or, those who lost dear ones? What technology should even be contemplated for use when a disaster from the use of that technology can wreak a several-thousand-year fallout? Of course, hindsight is a marvellous paradigm. If only the early governmental leaders had known what was ahead. Most concerning, though, there are many who would rise to power, and who have indeed risen to power, and who have deliberately abused God’s creation, procreating their egotism; a personal melting pot for national calamity. Yet we all have such capacity for wrongness.

We only truly understand justice
when we understand our limits
in procuring and executing justice.

Justice is God’s.
It is utterly inscrutable.
We can see it, even touch it, but we cannot control it.
Justice intends that we, the frustrated, come to the end of ourselves.
Then, to God we inevitably fall… and rest.
Then we’re measured; useful, finally, for both God and justice.

We all know that God’s earth needs her justice. We’ve all seen misguided people greedily step onto that idolatrous soapbox for their fifteen minutes of fame. We’ve lamented those who are trying to get ahead by ill-gotten gain. The ingredients of that person are latent within us, too. Justice warns us. We who have ears should listen.

Humanity shares something of a dichotomy with justice. We sense the need to act justly, to love mercy, and to walk humbly, but we struggle to practice it with consistency of purpose and end. We may be healed of our misunderstanding, day by day, when we recognise our need of God’s sanctifying grace, but we’re subject to this putrefying human condition; the irrefutable condition of our torment. Our bodies waste away, and we don’t like it. Our thinking is fraught with dimness. We don’t like that, either. And our wavering hearts are feeble, and such a thing is execrable.

Injustice occurs on so many levels and in myriads of contexts: personally, interpersonally, maritally, occupationally, communally, internationally, and globally. If we would let it, it would subsume us. The presence of injustice in the world is always an enigmatic paroxysm to us. Injustice bursts in our lives, shocks us, and takes us on a much unanticipated course. But we’re reminded, that in the midst of it all is a sovereign God, and His purposes will be made known. This doesn’t excuse God or the injustices, but it does help us to keep stepping by faith in the interim. The interim are the days of our lives. And if the worst can be experienced by anybody, the worst can make its home in us, also. Oh, what an unbearable thought!

It’s the maker and breaker of life: justice. It makes life all of what life is. But when justice capsizes, lives are broken and hope is fallen like a mighty oak.

Benjamin Disraeli (1804–1881) said that “justice is truth in action.” I have often said that love is truth in action. And that’s where love and justice and truth all coalesce — in action. That action begins with each of us; what we allow and disallow; how we respond to the issues that confront us; how we advocate according to God’s will, and the discernment thereof. And experience teaches us, it’s not our passion as much as our wisdom — our prudent diligence; our diligent prudence — that blesses the situations of our advocacy. To add value, and not make situations worse.

Justice is a visible thing. It’s a thing of truth and love; the way things should be. The way we expect goodness to flow. Where there are only winners and there are no losers. If that isn’t a panacea.

World Day for International Justice is a time to mourn with those who mourn, and rejoice with those who rejoice. It’s a day when we thank God for the advocates of past, present, and future, and not least for His resonating grace. It’s a day when we implore Him: “Come, Lord, come today; to this dying world! Revive and restore justice to unjust situations, everywhere.”

It’s a day when we pray for Him to convict us in the commitments and recommitments we need to make.

It’s a day for planning each day forward, so each day is marked by a faith that walks by truth in action.

From this moment onward, evermore, into the chasm of eternity, when that time comes.

Incredible post Steve!! Thank you. I write a daily inspiration for our chaplains department, and this is what I have written for this Monday, based on the same verse from Micah. Thanks for such a thought provoking post Steve. Something to be read over and over, and the truths therein digested slowly and deeply, so we may be better equipped to live them out. Blessings to you. Lisa.

“My Prayer for us today is peace and unity. If we are the Church, the Body of Christ then we are duty-bound to keep our own house in order. If we are ‘city on a hill’, then our light can only shine if it reflects the compassionate, generous, loving heart of Jesus. Just as a good ruler of a kingdom is a ‘merciful’ ruler, so we, who are co-heirs in Christ, reflect true ‘Kingdom’ values through our love, grace and kindness. Love is kind, beyond all else. Love pursues peace. “What does the Lord God require of you, to act justly, love mercy, and walk humbly with your God” (Micah 6:8). Justice is a given in a good Kingdom, but there is a fair way of acting with justice, and other ways that may seem acceptable to those passing out judgment, but only result in further injustice. We are not simply to act with mercy, but we are to love mercy, just as in Psalm 34, we are exhorted to ‘seek peace, and pursue it’. These words imply we need to work for it, it doesn’t just come easily to any of us. And we are to walk humbly with our God. True humility means ‘we’ step back into the background and our brothers and sisters needs take precedence. We can-not act justly and love mercy, if we are not walking in humility. Today, I pray that in everything we do we strive for unity and pursue peace, loving each other above all else.”

I love your heart, Lisa, and everything you’ve written, especially the kernel in “We can-not act justly and love mercy, if we are not walking in humility.” Peace and justice; a means and an end, and vice versa. And so good that righteousness and justice are interchangeable and that peace is married biblically with both. And sincere blessings to you, too!

Thanks Steve. I loved how my words complimented yours before I had even read yours. I just re-read where you talked about action and noted i had focused on action also. I think that, that is where it becomes real and where it bears fruit. God knows our hearts, and we often ‘know’ what we should do, but the doing of it and the keeping on doing it, acting in ways that are counter to our natural selfish selves is difficult. That is where the real work is done and results are achieved and he will help us with that. That is what I tell myself today as I enter a workplace where despite our love for each other injustice and hurt can flourish if we don’t choose to act otherwise. Thanks Steve 🙂