Radical Hospitality – The Way of the Celts 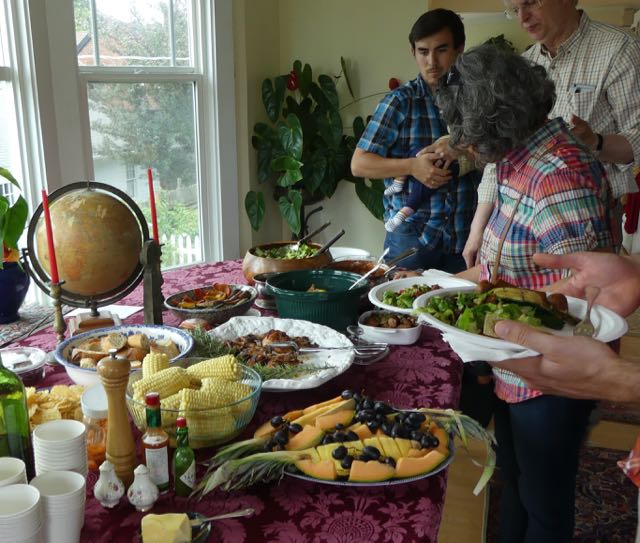 When I first became acquainted with Celtic Christianity, I delighted in the stories of St. Brigid. In my imagination, I could see a little rambunctious girl cleaning out the kitchen cupboard to feed a passing beggar or giving away her father’s prized sword to a leper who happened by. I saw her as an adult rushing to the aid of an unfortunate man who accidently killed the king’s trained fox and the cunning way she maneuvered his release.

It was obvious that these legends as well as those of turning water into beer and feeding the hungry were meant to show her as continuing the ministry of Jesus. She followed his example of practicing an extravagant, even reckless, generosity in caring for those most in need. This outreach to the poor, exploited and marginalized was so pronounced that Edward Sellner notes that no fewer than 23 of the 32 chapters in Cogitosus’s hagiography show her engaged with those on the extremes of society.

We often think of hospitality as ensuring that guests in our homes are well fed and made to feel at home. Different regions of the country and the world pride themselves on their particular customs of going out of their way to provide a sense of welcome to visitors. Indeed, in ancient Celtic society as in most tribal cultures, hospitality to strangers was central to their identity, a non-negotiable expectation. In the monasteries, the guest house was often the most comfortable structure in a most accommodating location.

But the Celtic Christians make sure we know that hospitality goes well beyond providing tea and sandwiches. It involves welcoming those we may not choose to be our guests, serving people who might even appear threatening, doing the hard work of challenging systems that deprive people of basic food, shelter and security.

Current events have brought these issues uncomfortably close. Unspeakable violence has turned thousands of desperate people into refugees, literally running for their lives, doing what any of us would do, looking for a place to settle and provide for their families. Immigrants are scapegoated as the source of problems that existed long before they arrived. The poor, many working multiple jobs with little social support, become labeled as “takers” and “lazy.” Citizens of ethnic origin or who practice particular religions are told to “go home,” kicked out of their own house when they already are home.

In times of economic instability and great social change, it’s tempting to give in to fear of the other, to look for someone to blame. It’s also natural to draw one’s resources close, to become selfish, and to long for a return to a supposed golden age where all was well, at least in our selective memory.

But we are not the first people to live in uncertain times. In fact, the ancient world was an incredibly dangerous place where people were very susceptible to drought, political upheaval, exploitation by the rich and powerful, and a simple infection could lead to the loss of a limb or one’s life. Yet the call of the great spiritual teachers was not to take care only of one’s own. They knew that the way to abundant life for an individual or a community was in the practice of radical hospitality – to go beyond the fear and anxiety and peer pressure – to discover that in sharing there is enough for all.

This expansive view usually attracts more excuses than proponents. Jesus was once challenged on this by a religious scholar who wanted to define “neighbor” so narrowly that it didn’t apply to anyone. In response Jesus told the story of a man who is accosted on the road from Jerusalem to Jericho and left for dead. A priest and a Levite come upon the scene but choose to pass by on the other side. It is a Samaritan, considered by Jesus’s audience as the enemy, the other, who stops and cares for the person, going out of his way to bind his wounds and arrange for his long-term recovery.

So how do we answer that question? Do we focus more on our own concerns to the point that it debilitates us from acting on behalf of others? Do we make excuses – we don’t have the right skills or the proper resources? Or dare we risk following the Samaritan into a love that asks no questions about ethnic or religious identity, about background or worthiness, and to be willing to be taught by our enemies what love of neighbor means?

There is a story of a poor man who asked St. Brigid for a small amount of honey. She expressed her sorrow that she had none to give but then she heard a hum of bees coming from beneath the floor of the house. When they dug into the place of the noise, they found enough honey to give to the man who received the gift with thanks and went on his way rejoicing.

While this story may not be as dramatic as others we know of the saint, I find it fascinating in how she was present for the man. She didn’t question why he was poor, or want to know what he was going to do with the honey, or why he didn’t ask for something more substantial to eat. No, she simply offered him the hospitality of truly listening to him. And in that act of listening she heard the humming of the answer to his need. Sometimes showing hospitality involves the hard work of advocacy, establishing shelters, and investing time and money. And sometimes it is shown in the simple act of listening and in so doing we may just discover that what is needed has been with us all along.

Meditation Monday – Listen to the Book of Creation

Guests of the World Once More

Wonderful thank you. I loved your making the connection between the story of the good Samaritan and what is happening in the world around us right now and what our response should be. This truth will stick with me. Recently I heard a sermon which spoke about how Jesus approached people in the Gospels without judgement. He met people where they were at. He did this by making a connection with them and meeting a need before going on to say things such as ‘go and sin no more’. He ‘received’ people to himself, and his was the ultimate example of hospitality. Thanks for sharing this beautiful story of St Brigid. So inspiring.

“But the Celtic Christians make sure we know that hospitality goes well beyond providing tea and sandwiches. It involves welcoming those we may not choose to be our guests, serving people who might even appear threatening, doing the hard work of challenging systems that deprive people of basic food, shelter and security.”