Collaborating for a Brighter Future

From Christine Sine and Andy Wade

A Word From Christine Sine 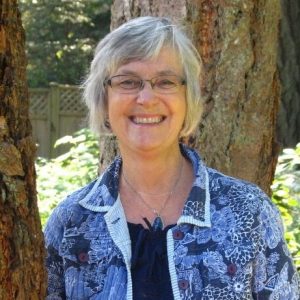 It’s happening! MSA is once more growing and changing. Over the next few months I will transition out of leadership in MSA and hand over my administrative responsibilities to Andrew Wade, long-term MSA staff member and personal collaborator.

Andy inspires me with his provocative questions about sustainability, justice, and community. His ability to apply his contemplative interactions with nature to his life and neighbourhood has helped many of us to deepen our faith and engage more actively with our own neighbours, both local and global. His establishment and ongoing leadership of the Hood River Warming Shelter is but one example of his own personal concern for those at the margins.

Andy first began working with MSA in 2009 as our web designer and administrator. He has been pivotal in the development of our MSA resources and the expansion of the MSA store, with its growing array of free downloads and purchasable books, cards and downloads. He is a gifted communicator, already contributing weekly to Godspace and facilitating MSA’s Justice at the Table and Spirituality of Gardening workshops.

It is time for Andy’s gifts to be fully acknowledged and given space to flourish. We are very excited about this transition. For the next four months, Andy and I will share leadership, collaborating on the ongoing development of MSA, the running of Godspace, and the production of new resources. We will collaboratively plan the Celtic retreat August 5th-7th and are already implementing new ideas that Andy’s creativity is giving birth to.

This does not mean that Tom and I are disappearing from MSA, but it does mean that we will be freed up to focus on our writing, speaking and mentoring roles. I am excited about the opportunities this transition has already presented.

I am in discussions with a publisher about the possibility of another book project and have developed mentoring relationships with several young women around the world, I am looking forward to upcoming speaking engagements in Denver, at Wild Goose and A Rocha, as well as to this year’s Celtic retreat, which will be a wonderful celebration of the past and of the new things that are emerging. Tom will also be at Wild Goose as well as book launches for his new book, Live Like You Give a Damn! in Portland, Los Angeles, San Francisco and Australia.

The Mustard Seed House community is also thriving through this transition time. With much help from our summer intern, Luke Winslow, the garden is flourishing. Our community meals Sunday afternoon, where we gather from all three apartments in the Mustard Seed House, are providing not just opportunity to share good food, fun, and fellowship but also to grapple with challenging theological questions.

Building at the Mustard Seed Village is on hold at the moment as we grapple with the implications of a new MSA for its development. We have some potential new partners and collaborators for the project and believe that this project, too, will flourish as we move forward.

A Word from Andy Wade 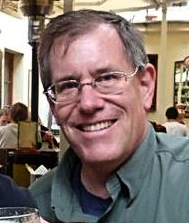 The past seven years have been an interesting and exciting journey with MSA. While Tom and I have been connected since 1984, and Christine and I since Tom and Christine were married 24 years ago, it wasn’t until 2009 that I officially became part of the MSA team. I had been a pastor the 18 years prior, first as founding pastor of Evergeen Mennonite Church in the Seattle area, and then as a missionary and church planter with my family in Hong Kong for 12 years.

When we returned to my home town of Hood River, Oregon in 2008, I really had no idea what I would do next. It didn’t seem I was to be planting or pastoring churches during this season, so I spent that first year doing odd jobs such as computer repair, constructing garden accessories, and general garden work. Soon it dawned on Christine, Tom and me that I could serve MSA by developing the website. And so it began.

It’s been exciting to see the development and growth of MSA over the years, even more since I officially became part of it. Our vision for the future is not so much to change MSA, but rather to build on its strengths and core values:

I look forward to collaborating with Christine during this season of transition and working together with you in leading MSA and the Godspace community into a new season of growth, imagination, and faithful expressions of God’s love.

Thank you for your continued supportiveness and prayer for us.

Your Chance to Shine

Thank you for making a plan to carry on your work. What you have established is valuable. I look forward to seeing where Mustard Seed goes next. Looking forward to Andy’s leadership but hoping your voice will still be heard. Blessings.

Thanks Liane. I am excited about what is happening and as you probably realize this change has been in the works for quite a while started as we invited more voices into the blog.