Every Meal Holds the Hope of Life 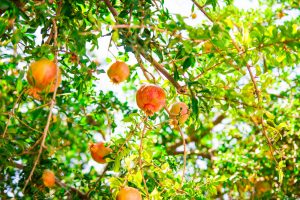 Betty Crocker was invented in the 1920s to sell cake and bread mixes, but she became iconic as an advice-giving guru who inspired women to see housekeeping and cooking as honorable and satisfying callings. Susan Marks, author of Finding Betty Crocker: The Secret Life of America’s First Lady of Food, unpacks this history and briefly discusses Betty Crocker’s role in shifting the American diet from whole foods to factory-processed convenience foods.

But it wasn’t just Betty Crocker mixes that changed cooking. Frozen TV dinners arrived in grocery stores in the early 1950s. Swanson executive Gerry Thomas saw his first three-compartment aluminum tray on a Pan Am Airways flight and is credited with bringing these prepackaged frozen meals into the American home. The first came out in 1952, but the boom came the next year following a turkey surplus after Thanksgiving. What to do with leftover turkey? Make leftovers!

The first Swanson TV dinners included turkey with cornbread dressing, potatoes, and frozen peas; more than 10 million dinners were sold in the United States, the population of which was about 150 million at the time. The rest, as they say, is history. In spite of Betty Crocker’s efforts to the contrary, prepackaged processed foods offered convenience that melded with other social forces, so that by the 1950s the American diet had pretty well shifted, along with a dominant view that drudgery best defined cooking in the same way that it defined washing diapers and scrubbing toilets. Phrases such as “slaving over the stove” and the “drudgery of cooking” abounded in advertisements, along with “You Deserve a Break Today” and other slogans that reinforced the slaving, repetitive, and boring dimensions of cooking.

Unfortunately, the women’s movement also encouraged the adoption of processed food. Women contributed significantly to the labor pool needed for the Allies’ victory in WWII. They worked in munitions and food factories, operated machines, pumped gas, and delivered mail. With the return of soldiers, most of the women went back to homemaking—some quite happily and some with frustration and resentment. The emancipation of women in 1920 gave women the right to vote, and seeking equal educational and economic opportunities became the focus of the movement, although it went into a period of dormancy during WWI and WWII. The women’s movement in the 1960s and 1970s is better known for fighting to broaden women’s reproductive and sexual choices, but it also continued to fight for legislation that would prohibit discrimination in hiring and pay practices in the workplace. Out of a desire for meaningful careers and the sheer economic necessity of bringing money into the family, increasing numbers of women went to work.

According to a 2013 US Bureau of Labor Statistics report, 68 percent of married mothers and 75 percent of unmarried mothers leave their homes for paid work. Although women now earn a significant portion of the household income, what hasn’t much changed is the breakdown of household chores. Women still do most of the cooking, so working mothers put in a double shift, as it were. They work eight hours a day at a job and then come home to laundry, cleaning, overseeing homework, teachers’ meetings, doctor’s appointments, and cooking. Making nutritious meals for the family is often just another task added to a very full plate. As a result, convenience foods start looking, well, convenient, and food pretty much loses any symbolic association with the sacred, such as reminding us of God’s grace-filled sustaining presence in the world. Cooking becomes a matter of getting sustenance into bodies to keep family members going and perhaps also the pleasure in coming home to food that only needs warming up.

Within every meal lies the hope of life sustained and the potential for creativity.

Any morning I enter the kitchen and add oats from the pantry to water on the stove I reflect something of God’s sustaining nature. Toss in a spoonful of flax seed, a sprinkle of cinnamon, and a chopped apple or a handful of berries (fresh in the summer, frozen in the winter), and I have become a craftsman. Add affection for God, God’s creation, and Mark—who will eat with me—and according to Francis of Assisi, I am an artist. Cooking is good work.

Christians believe we carry God’s image within us, which is historically understood in functional and relational ways. We function as thinking, feeling, acting members of creation—standing in for God, as it were—to be the stewards who care for creation. We also reflect something of God’s image as we relate to each other, work, play, and even cook. Reflecting God’s image in the kitchen requires us to stop thinking about food only as body-fuel and see it as one of God’s primary ways to express divine provision. And we can’t make the trade without a reverence for creation.

Today’s post is excerpted from Lisa McMinn’s book To the Table: A Spirituality of Food, Farming, and Community. pp. 38-39; 44-45 Brazos Press, a division of Baker Publishing Group,  (Used with permission)