The Community of Creation in a Seed 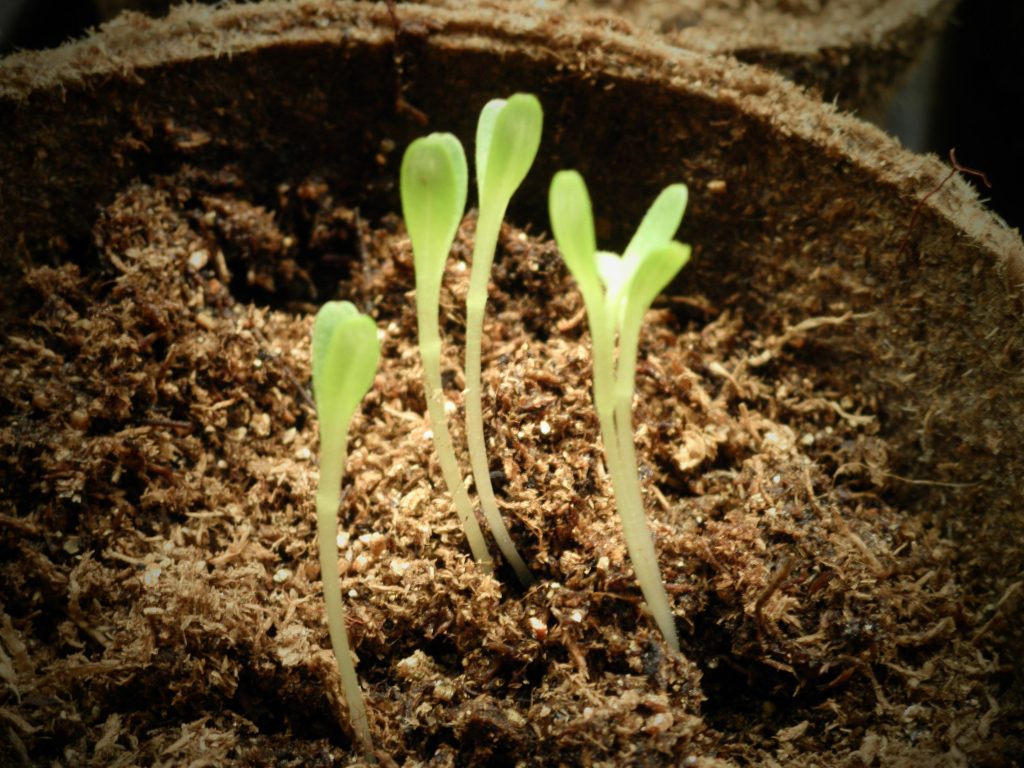 Seedlings by wiselywoven. Used with permission

When I use the term “Community of Creation” I mean it in a very literal sense. Did you know that in just one cup of undisturbed native soil there exists 200 billion Bacteria, 20 million Protozoa, 100,000 meters of Fungi, 100,000 Nematodes and 50,000 Arthropods? The earth is alive, moving, breathing, and in relationship with each of us and with all other life. In that one cup of dirt exists a living community that creates a healthy environment to nurture and establish a simple seed.

Perhaps the Apostle Paul had an inkling of this community life when he wrote: Christ is the visible image of the invisible God. He existed before anything was created and is supreme over all creation, for through him God created everything in the heavenly realms and on earth. He made the things we can see and the things we can’t see…He existed before anything else, and he holds all creation together. Col. 1:16, 17

I’ve always been told by elders and spiritual leaders in my tribe that our duty is to maintain that balance between earth and heaven. When something gets out of harmony, it is the job of human beings to take action; to hold ceremony; to reconcile the problem, in order to bring it back into harmony. I think that is one of the ways how our Creator “holds all creation together.” We are Creator’s hands and feet. We are the planters and co-sustainers of this shared garden we call planet earth.

When harmony is sought, good things happen. With the healing of the earth comes the outcome of abundance. With abundance comes the opportunity to share. With sharing comes friendship, knowledge, experience and community. Our own healing is intricately tied to restoring the earth.

As an integral part of the living Community of Creation we cannot afford to sit back idly when there is so much effort being put into disrupting the natural harmony cycles that keep the planet operating as it should.

The victim of human anthropocentrism is the earth. The culprit is humanity…the answer is harmony. All the rest of creation attempts to work together towards a harmonious reciprocity, except humans. Our own bodies are a system of proteins molecules, minerals, plasma, water, organs, bacteria, etc. put together in a cellular structure that works together in reciprocity to keep us functioning in good health. When one of our cells begins to work independently of everything else, we call it cancer. In this sense, human beings have become the “cancer” of the earth. But, unlike some forms of malignant cancers, our healing is in our own hands and it is our choice.

Some time ago my wife Edith and I sought to understand the gravity of the present situation. As a result, we began to change our normal American consumer lifestyle. We recycled; we made compost; we changed to compact florescent bulbs; we showed up to protest such things as mountaintop removal; signed petitions against genetically engineered food; demanded proper food labeling; educated ourselves and voted for people and issues concerned about the earth crisis. But we also started farming. And not just a farm, but a regenerative oriented teaching-farm where we could create a model for inspiration regardless of whether they had access to many acres in the country or just a window sill in the city. Our farm exists on three foundational and related spheres of thought:

While I’d love to go into the value of each of these areas, my time and my word limit is fast approaching, (besides, you can google them). In everything we have done as a ministry, a farm, a school and a community, over the past 25+ years, I’m beginning to believe that our decision this year to become “keepers of seeds” is perhaps the most important. Why? As a planet we are losing the seeds of the earth and their loss brings a whole multitude of other losses in terms of related plants, insects, birds and animals. Once they are gone, these varieties and strains will be gone forever. Within the seeds are the DNA of the world we and our ancestors have known. The seeds are the key, and the enemy knows it!

Multi-national corporations are raiding ancient, sometimes thousands of years old, seeds and heritage seeds, then they put their own patent on them. These large, multi-national corporate pirates create Genetically Engineered “Frankenseeds” that respond only to their insecticides and herbicides, cornering the market, then they sue the people who continue to plant the same original seeds they have used successfully for centuries to feed their families. The Genetically Engineered crops speed up the destructive process of the land by completely altering the composition of soil bacteria where they are grown. In addition, when farmers spray glyphosate and other chemical products produced by these companies on their fields, not only are they destroying the fertility of the soil, they’re also promoting chemical resistance in the field and aiding antibiotic resistance in the human food chain.

We are also loosing seeds by attrition. Farmers and farm land is rapidly disappearing. America looses 50 acres of farm and ranch land per hour and in 30 years from now it will require twice the land to feed the world’s population. Also, many seeds get lost over time, i.e., “Aunt Mary’s” heritage seeds don’t get planted after preserving them for generations because her descendants moved to the city. Then there are hybrids. Hybrids may help some areas of specificity but they cannot reproduce the same strengths found in the original seed with any predictability. Sadly, we have already lost 75% of the world’s crop varieties over the last century. The incredible story of the pure seed struggling for a right to exist capsulizes the problem. Original, ancient, non-GMO, open-pollinated, heritage and ancient Indigenous seeds are the answer. Plant some soon.

To find out more about our spirituality go to:  Eagles Wings Ministry

To discover good seeds or to order seeds go to:  Eloheh Seeds. 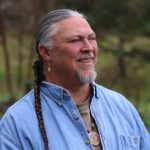 Randy Woodley, a distinguished lecturer, teacher and wisdom keeper addresses a variety of issues concerning American culture, faith, our relationship with the earth and Indigenous realities. His expertise has been sought in national venues as diverse as The Huffington Post, Moody Radio and Time Magazine. Randy was raised near Detroit, Michigan and he is a legal descendent of the United Keetoowah Band of Cherokee Indians in Oklahoma. He has been involved in mentoring Indigenous leaders for almost three decades. Randy, with his wife Edith, is a cofounder of Eagle’s Wings Ministry and they are considered early missiological innovators in the Native American Cultural Contextual Movement. He and Edith, (Eastern Shoshone) maintain Eloheh Farm and Eloheh Village for Indigenous Leadership Development, a permaculture, regenerative teaching farm, school and community in Newberg, Oregon. Randy is also the founder of CHCHEW (“chikoo”) The Coalition for Healing Chinook-Kalapuya Earth and Water.

God the Source of Life Have Mercy on Us

[…] Godspace we introduced a number of new authors for Earth Day – Randy Woodley, Nurya Love Parish and Lisa Graham McMinn, and we are currently adding new resource lists for […]