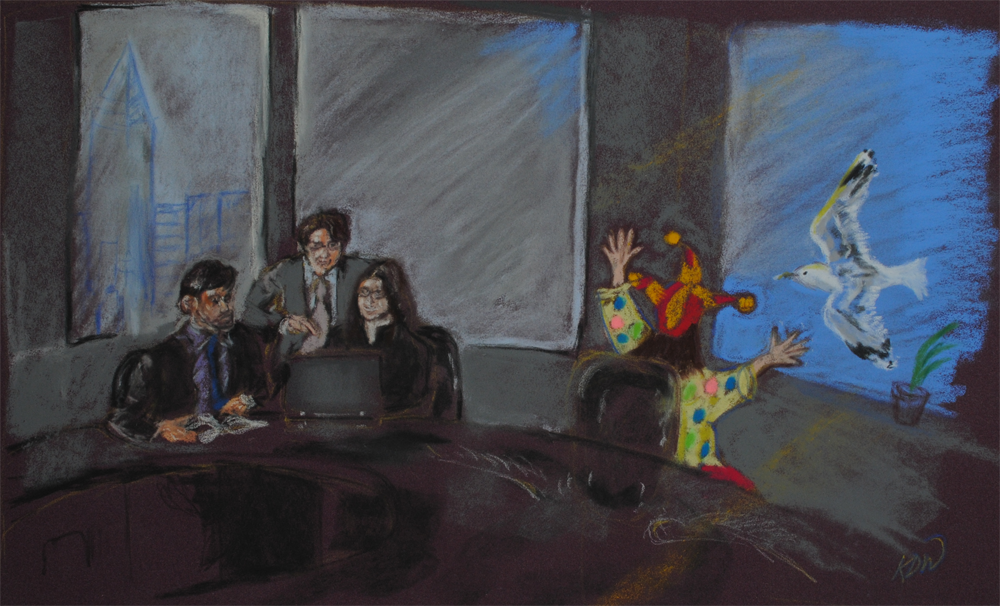 According to the Oxford English Dictionary a fool is “A person who acts unwisely or imprudently; a silly person” and from a historical perspective “A jester or clown, especially one retained in a royal or noble household”

Today in the UK we ‘celebrate’, for want of a better word, April Fool’s Day. Going back to the days of Chaucer (and beyond into Pagan times) from midnight to midday on April 1st it is customary to prank and joke our way through the morning, making ‘April Fools’ of our victims we hilariously trick. But if we continue our japery past midday we ourselves become the fools, and no one wants to be a fool……do they?

King David was bringing the Ark of the Covenant back to the city of David amidst great pomp and circumstance. Musicians where playing, tambourines were banging, the crowd cheering and so consumed was David that he began to dance wildly at the head of the procession, wearing nothing but a linen ephod, a ceremonial garment similar to a tabard. His wife Michal, daughter of Saul, watched him through her window and was embarrassed and despised him for what he was doing. 2 Samuel 6:14-20.

I used to think that this was the very first instance of someone being a fool for God, and very dramatic it seemed to me when I first read it. Here was a king, respected and venerated by his people, kicking up a storm and dancing with abandon, wearing very little and probably leaving onlookers very open mouthed… including his furious wife. I was impressed! As someone who as a young man, always tried to kick down convention, I found something that resonated in me and whenever I read those verses I always fist pump and say ‘Go David’! In fact, when I was a regular Worship Leader I used to lead the people in the song ‘Undignified’ by Matt Redman, and would break convention by dancing whilst playing guitar during this song, and yes I got many tuts and sour looks from a number of the congregation.

Investigation into the Bible brings up many instances of Gods people being Holy Fools, being mocked for their faith and what they are trying to achieve, Isaiah and Ezekiel for example. Moses knew he was going to face ridicule from Pharaoh and the Egyptians, even the Israelites he was trying to rescue mocked him. Jesus himself was mocked on many occasions, most notably when he was on the cross. Mocked, despised, spat upon.

St Francis was a typical example of someone you could describe as a fool for Christ, but it is one of his followers, St Juniper, who really shone in this regard. He would often give away his clothes to the needy, leaving himself naked, would steal food to give to the hungry and once gave away the altar bells to a poor woman. Even his brother monks got fed up with his foolishness. But I say what utter and absolute holiness, to actually give away everything, even your clothes, to the poor, just as Jesus had said to do.

But it is Paul who brings this matter up most succinctly 1 Corinthians 1:18 ‘For the message of the cross is foolishness to those who are perishing, but to us who are being saved it is the power of God’.

Yes! As Christians in this modern age we are seen as fools for our faith. Daily we get the same comments, jokes and guffaws aimed in our direction. Its tiring, annoying and to a hot blooded Welshman like me can tempt one to rage. But Looking at the message from Paul brings this into stark reflection. We are not the fools. They are the ones playing a joke past midday on April 1st the joke is on them. We may look foolish, dancing in Church, raising our hands in Worship, singing loudly when our singing voice should carry a hazard warning, giving our money and time freely but in fact there is nothing foolish about it.

Join us in celebrating some very good news!