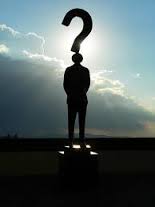 When we speak of lent, we often think about what we’re giving up. Whether it’s the bog standard chocolate (which was one of the things I did give up this year, by the way) or TV, or Netflix, or some other sacrifice we’re making – it’s often described simply in those terms.

However, this year, when deciding how to approach lent, I felt differently. It appeared to me that this was more than simply setting something down for a season to remind me what was important. It was deeper this year. I gave up Netflix, chocolate and junk food, not simply to give something up. But because I wanted to replace them with something better.

I wanted to spend more time reading – books, and above all the Bible. I wanted to be physically healthier. In other words, I was trying to get rid of garbage which was stopping me from living a healthy life, and embrace habits which would allow me to live the vibrant life God has for me.

In essence, I was putting to death old habits, and attempting to let new ones rise up from their ashes.

Because this time, with Lent I didn’t simply want it to be about giving up something because I should. I wanted it to be for something. To serve a purpose. To be something I was participating in, which would transform me, and lead me closer to God.

If we’re to participate in Lent, there has to be a purpose to it. It has to be about a way we connect both with the divine Himself, but also with who He wants us to be – indeed how we already were, but didn’t see – and how He created us to be. And this applies both individually and corporately.

Because it may be there are things about us – talents, passions, callings – we’ve simply not seen, or have blinded ourselves to.

And as we participate in Lent more fully, and make sacrifices with a purpose, choose a new habit instead of the one we gave up – we give God space to reveal more of who we already are, so we can pursue the life He has for us.

That way, we can begin to take action to make God’s dreams for us a reality.

What’s so Good about Friday?