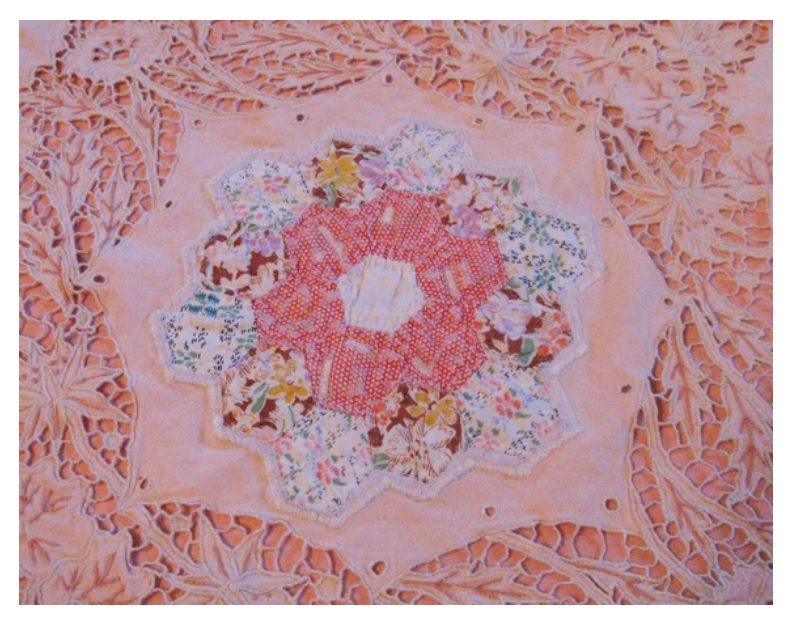 During this season, perhaps more than any other I think of those who have pilgrimaged before me and taught me about God. Those who have made sacrifices, and recorded their experiences, so I might know him.

As we celebrate the ultimate sacrifice made by God of his son Jesus, I am humbled by the others in my own life who walked the walk and set the best examples of love in action.

I remember my Aunt Mildred. My Dad’s sister was one of five girls in a family of 10. She lived to be 102 and five months. Her gift was one of tenacity and great humor. I remember visiting her in the nursing toward the end of her life and her telling me about how all the girls had to make a slip before their 12th birthday. I remember her demonstrating how she had hand-hemmed the slip and even though she held no material or needles you could tell how meticulously each stitch had been placed.

Oh, she could be ornery. Got in her head one day she was not sure she wanted to be around for her 100th birthday. “You’d better be here! I am driving 3 hours just to take your picture and you’d better show up. Besides I can just picture God looking down and saying: ‘that Mildred Vanstone. She is a wonderful Christian woman and she surely belongs here. But I have to think of the others. If only she would stop complaining.’”

A little while after I got home from that visit I got a call from my cousin, her daughter, Dorothy. “What did you say to Mom, Kathie?”

I was caught and had to admit, rather sheepishly, to the conversation. “Oh that explains it. I could not figure out what got into Mom. She was always complaining thinking staff was stealing her candy and bossing them around lately. When I went in today she was asking them how they felt, about their families and offering them her candy. I think she is trying to nice her way into heaven!”

Here the woman who I saw modeling the Christian family walk for all my life, showed that it is never too late to die to self. Her daughter and I had a wonderful laugh and obviously Aunt decided to stay around a few more years just to be sure. I never heard her complain again.

My friend of 33 years, Joan, was another one of my mentors in what a true understanding of God’s love can do. She had survived alcoholism and her physician husband, who had her committed so he might philander. Shock treatments had not dampened her spirit. When she finally mustered the courage to leave the abuse, she worked hard and long to forgive him. The settlement from the marriage, she had let her lawyer invest for her, she never saw. The lawyer stole it all. She forgave him too.

Joan showed me that forgiveness was so much more than words. It was action. It was something you did in person so the other could see it in your eyes and hear it in your voice. She said, “can you imagine that Jesus spent his last moments on earth forgiving those who had placed him on the cross and included the thief beside him, inviting him to join him in heaven? How little then is it for me to forgive those whose intent was to harm me.”

She was rewarded with the love of her five wonderful children and many more like myself, who called her friend. To the very end, she welcomed all who needed a moment of her time and her wisdom. Her generosity with her love and forgiveness was at a level I pray to achieve.

In the center of my dining room table cloth there is a single block of a very old quilt. It was one Aunt Mildred and her sisters sewed by hand when they were very young girls. It is all that is left after years of keeping generation after generation warm. The stitches are perfect.

These are but two Christ-centered models who join many who to me are “strangers in high places,” as Og Mandino refers to them in his book Mission Success, who have enriched my own walk with Christ over the years. These “strangers in high places’ include authors of the New Testament, the Desert Mothers and Fathers, Julian of Norwich, Hildegard of Bingen, Francis of Assisi, C.S. Lewis, Oswald Chambers, Evelyn Underhill, Henri Nouwen, Thomas Merton and so many more.

Those who gather in this space continue through their writings to pass it on. May all these voices never be silenced and continue to live on through each of us.

As we draw to the end of this Lenten period, it is my prayer that we never forget those who showed us, by example, what Christ suffered to give us. May we do the same.

A Special Prayer for Holy Week

I love when the Lord sends us reminders in batches. A week or so ago I heard a sermon about some of those in the cloud of witnesses from the preacher’s life. She spoke beautifully of a Sunday school teacher and her impact on her life. And I love how you’ve honored Aunt Mildred here. Thank you!

Kathie, thank you for this beautiful tribute to two wonderful women of faith who inspired and fired your own walk with God. It’s going to be amazing to catch up with our spiritual mentors in heaven! I also owe a debt of gratitude to some of the “strangers in high places” you have mentioned here. And we never know who will benefit from the things we share and try to pass on through word or deed. You are leaving a legacy of faith by yours, my friend!