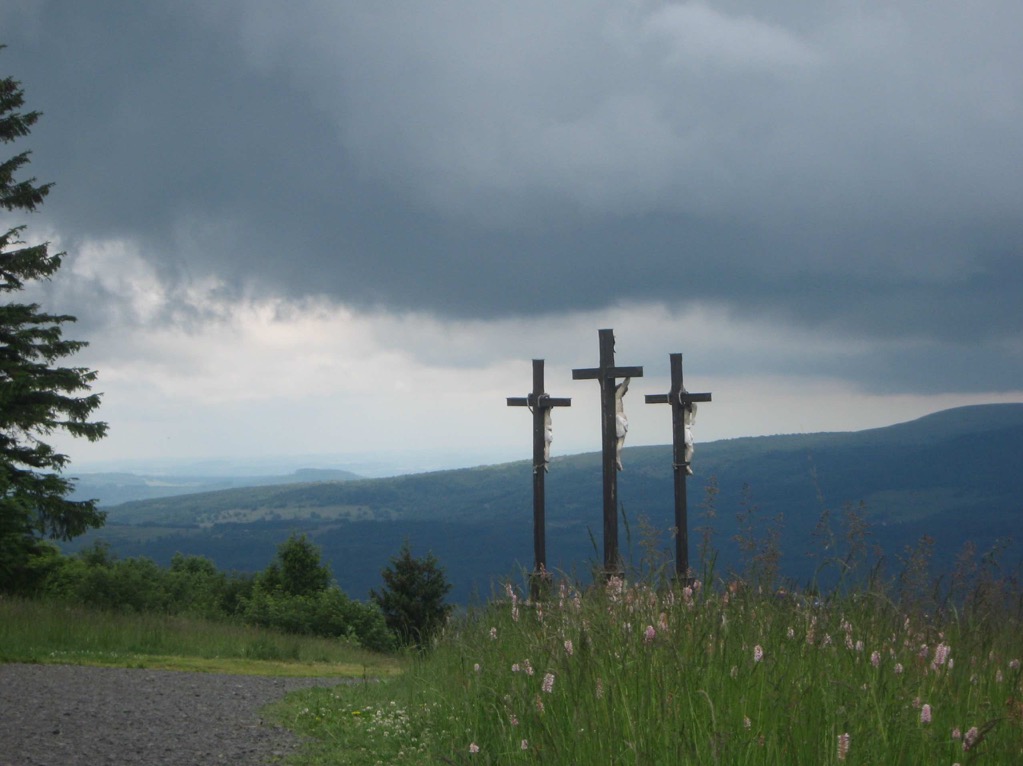 Lent is a solemn time of year for me. In a way, it’s possibly my favourite time in the Christian calendar, alongside Christmas. They are my favourite times for vastly different reasons though.

The season of Lent is traditionally seen as a time of sacrifice in preparation for the remembrance of the sacrifice of Christ. For people like me, who tend to a more melancholic temperament, Lent is something I can relate to quite intimately.

As well as being on the melancholic side, it is my life experiences that make Lent relatable for me. Without making too much of a point of it, I have known a fair amount of suffering in my life, even though I live in one of the most affluent countries in the world and have everything I want materially.

It is the times in my life that I have suffered the most that have been the times when I have also grown the most. It has been said by a few people that life is about how you deal with loss, ultimately to the loss of your life. It is through my losses, much more than through my successes, that I have learned my greatest lessons in life.

Our culture doesn’t deal well with loss though. Sadly, much of the Western church is no different. We turn the volume louder in our praise and worship sessions and sing endlessly of God’s favour and blessing.

This is not to undermine the fact of God’s blessing, but the way it is often played out in our churches does not reflect what I read in the pages of Scripture. Every leader in both the Old and New Testaments went through a wilderness experience. And the author of most of the New Testament, St Paul, experienced lashings, shipwrecks, beatings and rejection as part of his journey of faith. Paul above anyone knew what it was to suffer.

And as for Jesus himself, he was known as a man of sorrows, familiar with grief (Isaiah 53:3). When he told his followers that he was going to die, they simply could not comprehend that this could happen to the messiah. But it was this fact of a crucified messiah, humiliating and shameful as that concept was in Roman times, that slowly turned the Empire on its head.

Those first Christians knew that the way to life in Christ was through death. They even rejoiced that they were considered worthy to suffer for their faith (Acts 5:41).

As we approach Easter, Lent reminds us that there is no resurrection without death. Franciscan priest Richard Rohr talks about the great paradox of Christian faith being that, to live we must “die before we die”. It is easy to forget that being Christian is not about self-fulfillment, it is about self-emptying. Philippians 2:6-8 reminds us that Jesus emptied himself to die a shameful and humiliating death on a Roman cross. It was only after this that he was raised to new life.

The wonderful paradox of Christian faith is that we die to live, we suffer to gain glory, and we surrender to gain the victory we have always longed for.

This is what Lent reminds me of. Lent is not a time of morbidity; it is instead a time of reality. Life is hard, and our self-sufficient attempts to make it easy ultimately fail. It is in acknowledgment of the crucified One, in submission to him, that I find the life and meaning that my life has been seeking from the day I came into this world. As I look forward to Resurrection Sunday, I continue to trudge the road of life, joyful in hope, and hopeful in perseverance that my trudging is not in vain.

The great Christian hope is that the suffering the world experiences now will not compare to the glory that awaits us (Romans 8:18). Jesus is making all things new. This solemn time of Lent will pass, but it must be walked through, not walked around. It is in walking through it though that we realise the hope that we are more than conquerors (Romans 8:37).

Far from being morbid, Lent is about this hope. It is even about joy. That is why Paul could boast in his weaknesses and glory in his sufferings. He knew that strength lay in weakness, that victory lay in defeat.

Lent runs counter to the culture of success and winning that characterizes our world. Lent is a witness that the road to life is narrow and uphill, but the point is that it is the road to life. In these days of violence and fear, a broken world needs Lent like never before.

Thanks for this timely reminder, Nils!

My pleasure Andy. It’s a good reminder for me too!