A New Year in an Ancient Tradition

This morning I heard the prologue of the Gospel of John. We can all probably recite those opening verses—“In the beginning was the Word, and the Word was with God, and the Word was God.” A few lines later, John says, “The light shines in the darkness, and the darkness did not overcome it.” This morning, though, I heard a different translation, which said the “darkness could not overtake it.” The change is small, but it caught my attention. Listening closely to the sermon, which was as eloquent as the gospel itself, I mulled over language and how it can bring us to God—through the voice of a preacher, the choice of a translator, the words of scripture, and all the other voices and words we hear each day.

“Darkness could not overtake it,” I heard. I began to think about all of our ancestors who were asked to make great changes in their lives, and who in doing so walked toward light. When the Israelites left Egypt, rejecting their status as slaves, we are told that God “went in front of them in a pillar of cloud by day, to lead them along the way, and in a pillar of fire by night, to give them light.” Although these Israelites occasionally expressed regret that they had left the security of slavery, they nevertheless risked that security, risked the comfort of the known, in order to become the free people they had been created to be. God led them into the light.

Centuries later, sages from the East followed another star until it settled in the sky above a stable in Bethlehem. As the star traveled across the sky, the darkness could not overtake it. These wise men were not Jews, nor were they desirous of becoming Jews. Yet they followed the light God had put before them, journeying toward a truth they could not then have fully understood. What they did know, following the light, was that God was doing a new thing.

In our time, I ask myself what new thing God is doing. As people of faith have always struggled, Christians today are struggling to interpret the signs of the times. We read the same Bible, but we sometimes interpret it very differently. We study the same history, but we sometimes cheer for different heroes. John has assured us that we live in the light. I hold to that tradition. I trust that tradition to lead us to right changes. We might not have a literal light to follow, but the Holy Spirit continues to speak. As I listen, here are the questions I ask: will this change assist or impede me in living according to my faith? Will it assist or impede my faith community in living up to its tradition? 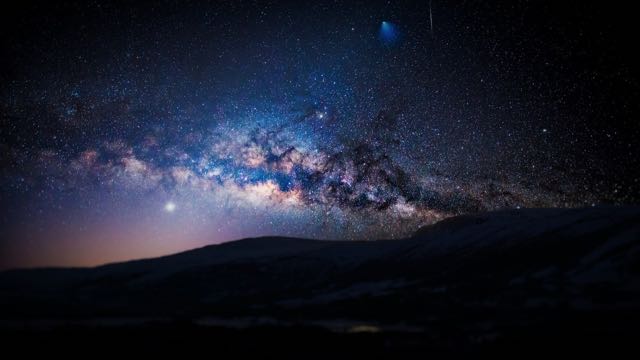 I am a great believer in both change and tradition, just as I am a great believer in the communion of saints, the mighty cloud of witnesses, and in the Holy Spirit’s continuous care for creation. Long after Jesus walked through Cana, Bethany, and Jerusalem, long after the apostles appeared with tongues of flame above their heads on that first Pentecost, long after John wrote his gospel, the Holy Spirit guides us through our own lives. The practices and even the doctrines of Christianity have changed dramatically over twenty centuries, and my own individual practices and beliefs have changed over my five going on six decades. Many of the changes I’ve experienced have proved very fruitful, others, perhaps, mistakes.

This coming year, I want to focus on one characteristic of my Christian tradition, the characteristic I think is most sacred—Jesus’ open invitation to “come, follow me.” It’s not a command, but an appeal, and it’s offered to everyone. That’s the change I’m hoping for, that we become a people welcoming everyone, excluding no one, regardless of how different they might seem. Accepting difference can feel risky, but surely it is no more risky than the journeys of our ancestors. Surely we, too, can take courage from our knowledge that the darkness of fear will never overtake divine light.

Christmas is Over, Lent is Coming.

Beautiful, and inspiring. Thanks for this, Lynn.

Inspiring – especially following the pillar of light without a known destination. That sounds like what we’re doing now. You helped build a little hope. Thank you.

Beautiful! Thank you for sharing this perspective on one of my favorite passages!