Meditation Monday – Conceive in Us Your Wholeness Lord 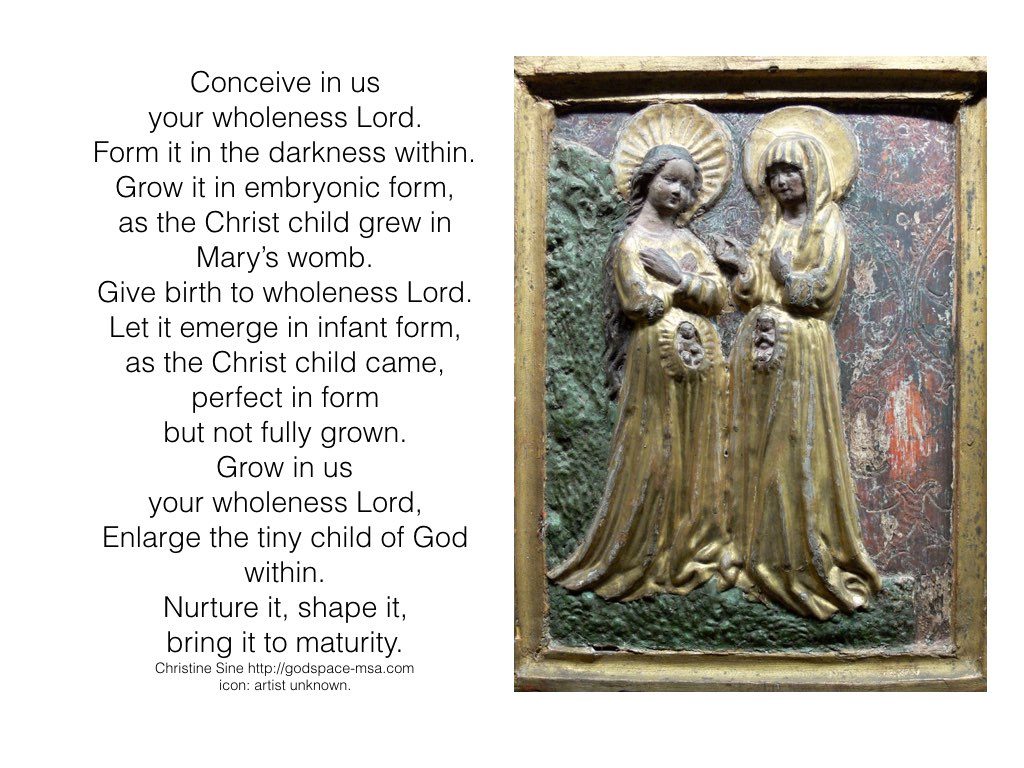 So the Word became human and made his home among us. He was full of unfailing love and faithfulness. And we have seen his glory, the glory of the Father’s one and only Son. (John 1:14 The Voice)

God’s son made his home among us, yet he did not come as an adult but as a child. Jesus came fully formed but not fully grown. He was fully God yet that image of God within him was not yet fully realized. He spent years being nurtured by his mother and father. He was shaped by the circumstances of his culture and of his world.

Jesus came fully formed but not fully realized – the image of God within him was not fully manifested for many years. And that I suspect is the way God intends it to be.

Think back over your own life. What has been birthed in you in embryonic form that God is slowly growing towards maturity? What new seeds would you like to plant this Christmas season? 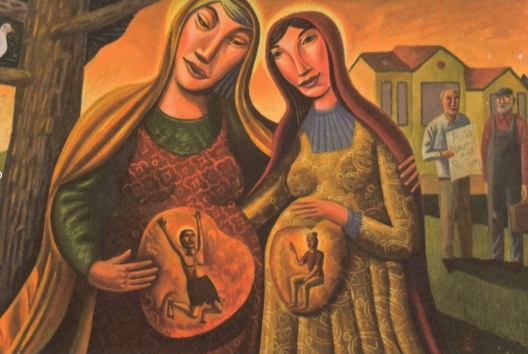 The image of God is birthed within all of us – not in fully maturity but in embryonic form. It grows slowly, first nurtured by mother and father, by family and friends, then by society and culture as God slowly grows it towards maturity.

I wonder how much Jesus’ sensitivity to the plight of women was shaped by the struggles his own mother endured. Was he ostracized because of his birth? Was his mother gossiped about behind her back?

Perhaps his championing of the poor and the marginalized was prompted in part by his own marginalization. Galileans were not well loved by those in Jerusalem. Nathanael’s exclamation Can anything good come from Nazareth? in John 1:46 was indicative of society’s attitude towards Galileans.

Think back over the struggles of your growing up years. Were you abused, or mistreated? Did you struggle with inferiority because of lack of skills, or because of your ethnic background? In what ways has God shaped the divine image within you through the challenges you have faced in your life? How has God sensitized you to the challenges of our world through your interactions with the marginalized and the abandoned?

Spend time reflecting on this and ofter up a prayer of gratitude for the ways God has birthed and grown to maturity that divine image within you, just as God did within Jesus.

Watch the video. What feelings does it stir within you? What lies within you in embryonic form that God wants to grow to maturity?