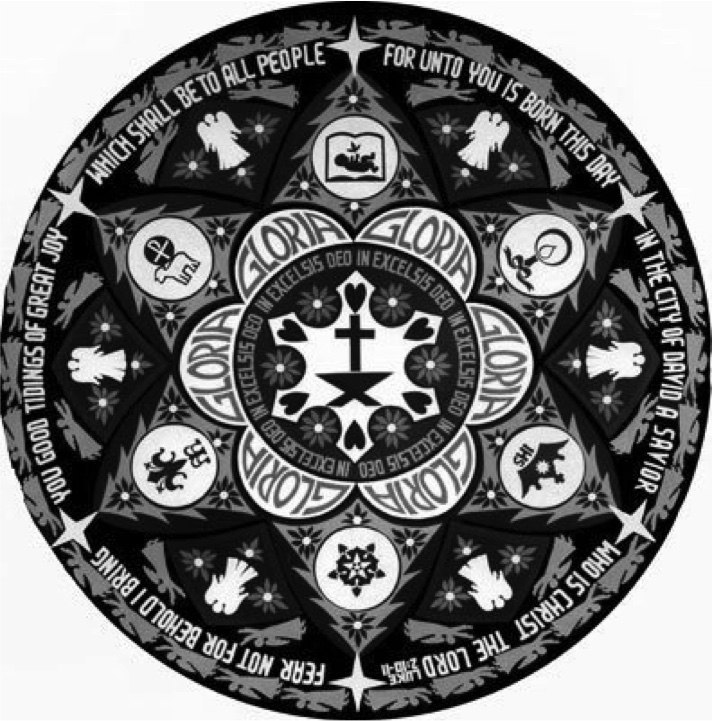 A couple of years ago I attended the O Antiphon service at St Marks Cathedral. It was my first experience of the O Antiphons and to be honest I did not really enjoy it as much as I should have because I really had no idea what the O Antiphons were.

Many of us are not familiar with this tradition which is best known in Catholic, Orthodox and Anglican churches and so I thought that a little repetition and a little more detail might be appreciated. You may even like to find an O Antiphon service to attend in the last week of Advent this year.

Most familiar today from the Advent hymn,O come, O come, Emmanuel (in Latin, Veni Emmanuel) which is a lyrical paraphrase of these antiphons,  the seven traditional “O Antiphons” are actually more than a thousand years old. They have long been used at the very end of Advent (Dec. 17-23) in the liturgical prayer of the Church, as Antiphons for the “Magnificat” sung or recited during Vespers (the Evening Prayer of the Liturgy of the Hours). They are referred to as the “O Antiphons” because the title of each one begins with the interjection “O”. Each antiphon is a name of Christ, one of his attributes mentioned in Scripture.

The first letters of the titles are taken backwards form a Latin acrostic of “Ero Cras” which translates to “Tomorrow, I will be there”, mirroring the theme of the antiphons.

Saying the O Antiphons as a family, whether during grace at meals, in front of the manger scene, or in front of the Christmas tree, is a wonderful Advent devotion.  Listen to the appropriate chant below and spend some time in silence drinking in its beauty and the wonder of Christ’s presence within it. To make the devotion even more fruitful, read and meditate together on the Scripture texts on which the antiphons are based.

December 17: O Sapientia (Is. 11:2-3; 28:29): “O Wisdom, you come forth from the mouth of the Most High. You fill the universe and hold all things together in a strong yet gentle manner. O come to teach us the way of truth.”

December 19: O Radix Jesse (Is. 11:1, 10): “O stock of Jesse, you stand as a signal for the nations; kings fall silent before you whom the peoples acclaim. O come to deliver us, and do not delay.”

December 20: O Clavis David (Is. 9:6; 22:22): “O key of David and scepter of Israel, what you open no one else can close again; what you close no one can open. O come to lead the captive from prison; free those who sit in darkness and in the shadow of death.”

December 21: O Oriens (Is. 9:1): “O Rising Sun, you are the splendor of eternal light and the sun of justice. O come and enlighten those who sit in darkness and in the shadow of death.”

December 22: O Rex Gentium (Is. 2:4; 9:5): “O King whom all the peoples desire, you are the cornerstone which makes all one. O come and save man whom you made from clay.”

Kathy Schiffer provides a good introduction in her article He is Coming The Great O Antiphons.

And Catholic Culture suggests some helpful activities to incorporate in the celebration of the O Antiphons.

Or if you are looking for colouring pages of the O Antiphons check out these great ones that Michele Quigley has produced.

The Roman Catholic Lectionary website spells out the O Antiphons and provides Biblical readings for each of them.

Fisheaters has mp3s of the O antiphons

From Eternity Afar, the Coming Near of Humanity’s...

Leaning into the Light

Meditation Monday – Conceive in Us Your Wholeness...

Christine – I discovered the O Antiphons just a few years ago – thank you for your full explanation and the videos – most helpful.

Your welcome Bev – its always to discover new yet old traditions like this.

Yes! so true Christine – there is something wonderful about finding these gems. They remind me of the church of Christ at large and across the ages. b.