Meditation Monday – What Does It Take To Resurrect a Friend? 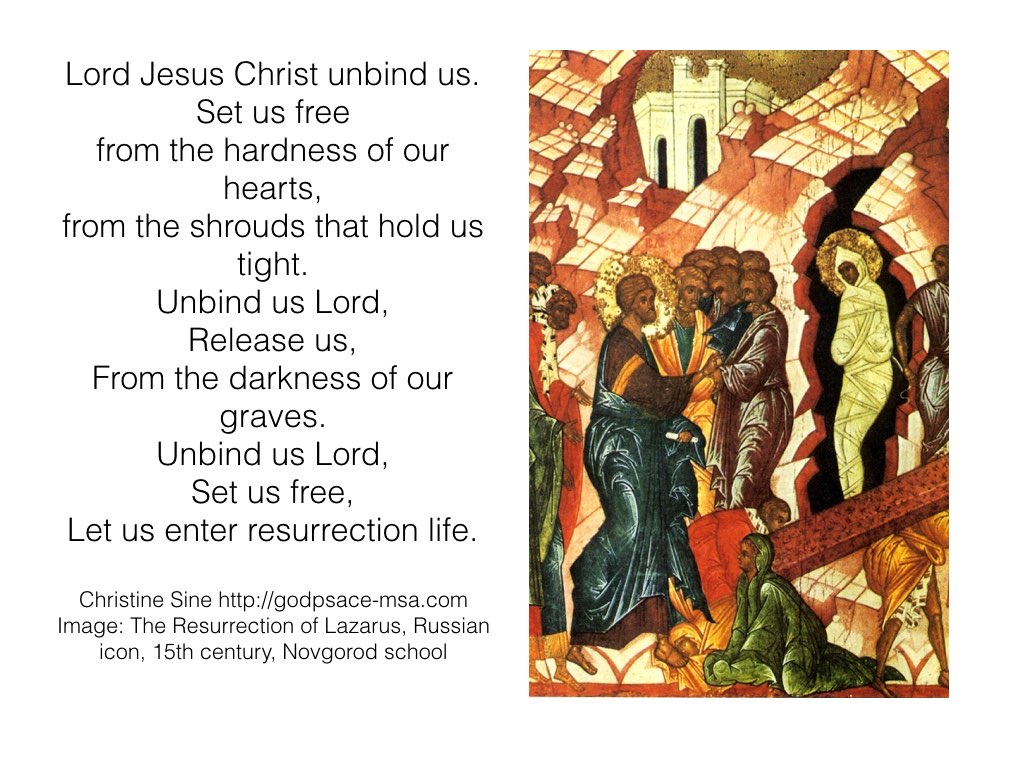 Why does Jesus “wait 2 more days where he was” (Luke 11:5) after he heard that his good friend Lazarus was ill? After all he healed Jairus’s daughter and the unknown widow’s son immediately, yet he waits until he knew that Lazarus was dead before responding. Why come quickly to the death of a stranger, but slowly to the death of a friend?

Part of the reason I am sure is that he knew that the raising of Lazarus would have dire consequences for his own life. In fact it was this act that turned the tide for the Pharisees, triggering their plot to kill Jesus because. They were afraid that the Romans would destroy their nation because of Jesus’ “revolution” (Luke 11:48).

When we visited Cyprus some years ago, I was surprised to see icons of the raising of Lazarus all over the place. According to Orthodox tradition, sometime after the resurrection of Christ, Lazarus was forced to flee Judea because of rumoured plots on his life. He came to Cyprus and was appointed by Paul and Barnabas as the first Bishop of Kition (present-day Larnaca). He is said to have lived for thirty more years and on his death was buried there for the second time.The Church of Agios Lazaros was built over his tomb.

Obviously, Lazarus resurrection not only had dire consequences for Jesus, it had huge implications for Lazarus too. Maybe Jesus didn’t just spend time thinking about what it meant for his own life. Maybe he was just as concerned about the disruption it would cause for Lazarus. I think that during those two days he counted the cost not just for himself but for Lazarus and his sisters too.

We long to see the lives of those we love transformed. We long to see them come out of the graves into resurrection life, but how often do we count the cost that this transformation could mean? It could alienate them from their family, or community. I could force them to flee their homeland. More importantly, how often do we accept the full responsibility of these consequences and commit ourselves to help those we love through the transformation of their lives?

Think about those whose lives you have touched in a transformational way. Is there someone who comes to mind for whom this transformation had disruptive consequences? How seriously did you take the responsibility of helping them through that transformation?

Perhaps someone comes to mind who is still struggling with the consequences of their commitment to Christ. Are there ways in which you could mentor them through this disruptive season?

Now watch the video below. Read through the lyrics and think about what it means not just to count the cost for yourself but also for those to whom you bring Christ’s resurrection power. Is  there some new commitment God might ask of you?

Meditation Monday – The Wonder of Sunsets

Meditation Monday – What Happened to My Awe...

Meditation Monday – 6 Tips for a Happier...