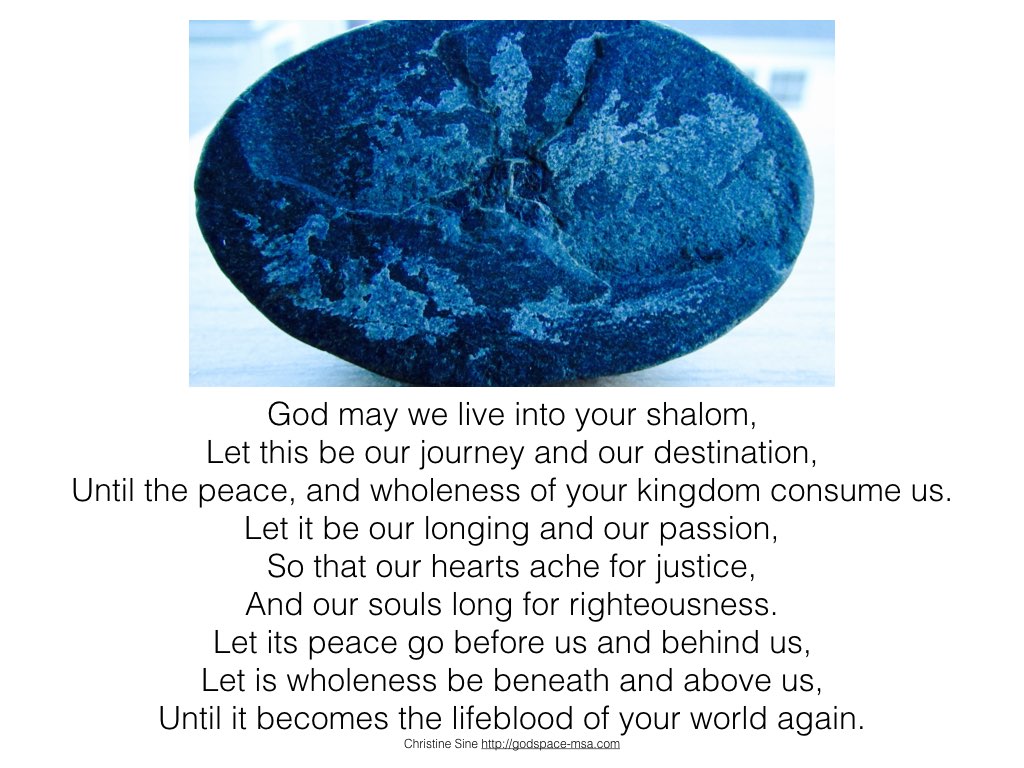 The photo in the image above is a rock I picked up over the summer. I was originally drawn to it because of what looked to me like a cross in the centre with a pathway leading to it. The more I look however, the more my eyes are drawn to the blaze of glory behind it, a wonderful reminder that the kingdom not the cross is at the centre of our faith. It was the good news of the kingdom, not of the cross that Jesus came to proclaim. (Mark 1:14-16)

In their fascinating book Saving Paradise: How Christianity Traded Love of This World for Crucifixion and Empire. Rita Nakashima Brock and Rebecca Ann Parker  tell us: “It took Jesus a thousand years to die.” Brock and Parker travelled the Mediterranean looking for early Christian art that depicted the crucifixion, instead they found wonderful images of healing, restoration and resurrection in a garden of incredible beauty. If the cross was portrayed it was always with Jesus in front of it welcoming the repentant and reconciled.

What is your response”

Sit for a few moments and think about your own view of Jesus and the good news he came to preach. Is it a vision of love or of militancy? Do you preach the good news of the kingdom through your words and actions or are you so focused on the Cross and its judgement that the good news does not shine through? Allow God to speak to you and draw you closer. 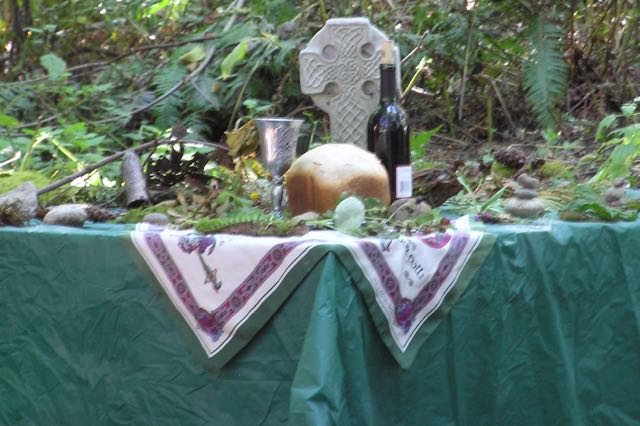 What did that good news look like? I love the way that The Voice translates it in Luke 4:18-21:

The Spirit of the Lord the Eternal One is on Me.
Why? Because the Eternal designated Me
to be His representative to the poor, to preach good news to them.

This is the jubilee season of the Eternal One’s grace, and the glory of God shines around Jesus to proclaim the good news of the kingdom to all who are poor, blind, and oppressed.

Tom and I have just been up in Canada celebrating Canadian Thanksgiving, in a few weeks we will also celebrate American Thanksgiving. For me the imagery of the kingdom conjures up a great homecoming feast a little like Thanksgiving only better. This is a feast that I never tire of talking about. It is a feast that we catch a glimpse of every time we sit down at dinner with friends and strangers. A feast that is foretold in the sharing of the bread and wine of communion.

Watch the video below and spend some time thinking about what the homecoming of God will look like. Who will be there that you usually ignore or despise? What can you do to change your attitudes?

Let’s Get Creative With Celtic Blessings

Meditation Monday – The Wonder of Sunsets

Fascinating and gives a lot to think about…