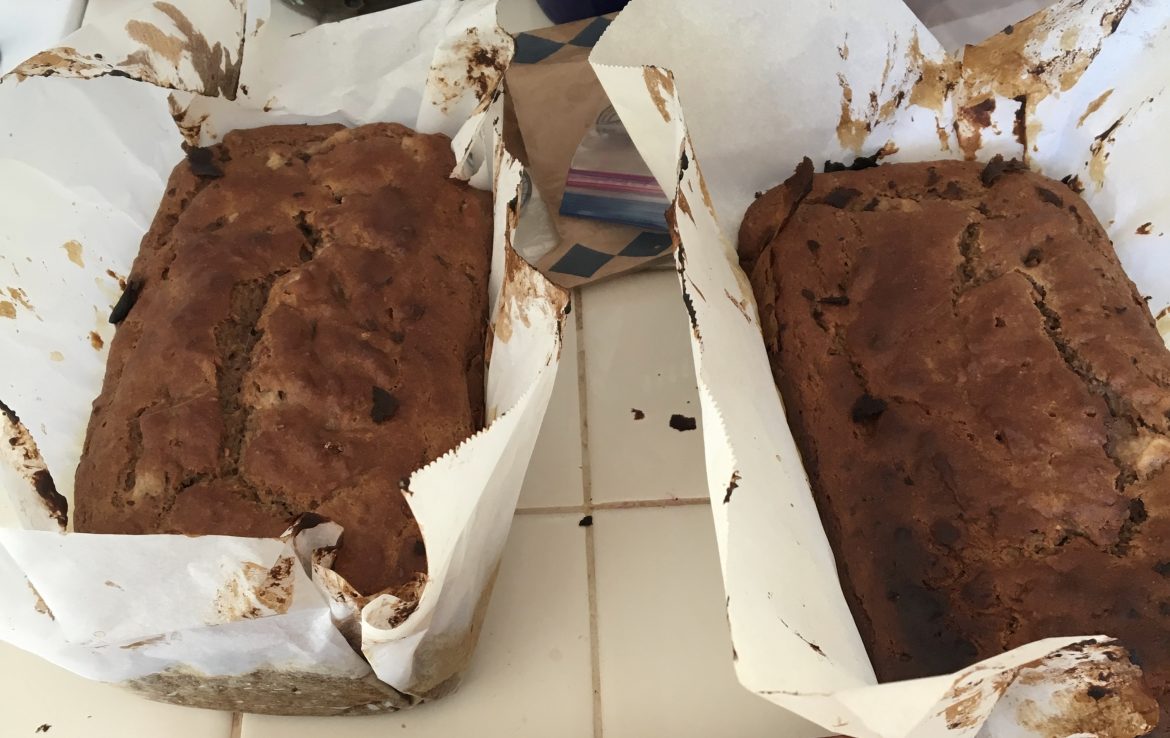 I thought I would take a light break from all the serious stuff I have been posting and turn to a couple of new recipes I have been experimenting with. (Stay tuned for my version of pad Thai tomorrow)

A couple of days ago I posted on Facebook that I had just made pear and raspberry bread, an Australian favourite that I have been trying to replicate here in the U.S. but until now without a great deal of success. I have experimented with numerous recipes but this is the first that really tastes as good as what I get in all the coffee shops in Australia. Why American coffee shops have not discovered this really has me puzzled. This is a great alternative to banana bread and a great way to use up pears at the end of their storage life.

I adapted the recipe from one I found at Bestrecipes.com.au, but made a lot of changes and combined suggestions from a couple of other recipes I found. Hope you like it as much as I do. Enjoy. I suggest 2/3 – 1 cup sugar because I know that my American friends like things sweeter than Australians tend to make them. I used 2/3 but some of you will definitely want more.

2. Use a blender to puree half of the pears about 1 cup. Chop remaining pears into small pieces (about 1cm²).

4. beat eggs and oil together. Add to mixture, stir in milk, pureed pears and vanilla, add pear pieces and raspberries and gently sir into mixture until just combined

5. Divide mixture and bake in 2 greased loaf tins for about 50-60 minutes, until golden brown and a skewer poked in the centre comes out clean. Leave in tin to cool

Another great suggestion I came across is to cut each loaf into 12 pieces, freeze and then you can defrost just the number of pieces you want at a time – stops you feeling you have to consume the whole loaf at once, though that is very tempting.

Baking Up A Storm.

Let’s Get Started With Our Christmas Cake

The Art of Bread Making

Let’s Get Creative With Tomatoes

Lets Get Creative With Our Cooking – Cherry...

Hope you enjoy it Romaine