A Manger Invitation – Shortening the Guest List by Ryan Harrison

Today’s Advent post is written by Ryan Harrison. When Ryan isn’t dreaming up ways to reach out to her community and participate in Kingdom building, she’s working and writing (and writing when she should probably be working). 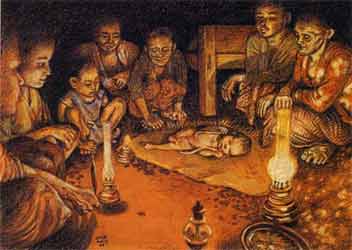 But the person I didn’t think about, the person who most needs to be invited to the manger is me.

I need the manger.

I need the manger. I need to be invited to rejoice over the tightly swaddled baby, the light that destroys the darkness, all-creation-turned-upside-down Emmanuel. And then perhaps, my guest list will reflect God’s heart and not my own.