Are You a Slave or a Child of the Living God?

Tom and I have just returned home from a wonderful time of rest and relaxation on Mayne Island B.C. Both of us are returning feeling refreshed and renewed and more aware than ever of the incredible privilege of our lives. So many in our world are held captive by violence, disease and despair. Others are bound by resentment and anger, imprisoned not by physical walls but by their own refusal to enjoy life as it is. 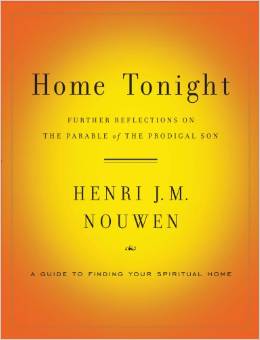 Resentment, the curse of the faithful, the virtuous, the obedient, and the hardworking, settles itself in the human heart and causes havoc. That is why it’s important to think and reflect upon it. All of us who give our lives for loved ones, work hard, and objectively have many virtues to be praised, are sometimes not really free from the burden of resentment in our hearts. (59).

Nouwen goes on to say:

So the one in the story who in many respects did the objectively good thing, the person who was praised as the “good son” as compared with the “bad one”, the one who stayed home, worked hard, was obedient to the old father, and was faithful, ended up being as lost spiritually as the younger guy who ran off and dissipated his inheritance. But the elder was lost in a very different and complex way. Unlike the dissipation of the younger, the elder was far away from home emotionally because of resentment. (61).

He was angry then and refused to go in, and his father came out and began to urge him to come in; but he retorted to his father, “All these years I have slaved for you and never once disobeyed your orders, yet you never once offered me so much as a kid for me to celebrate with my friends.”

I can think of a number of resentments that have held me captive over my lifetime and I have spent the last few days thinking about them and letting go, I hope, of the last vestiges of their bondage in my life. Naming those resentments and reliving their burden, now with the knowledge that I am indeed a beloved child of God has been very liberating for me. Placing myself inside rather than outside the circle of God’s love and kinship has totally changed my perspective on so much of what I do and who I am. Above all it has made it possible for me to celebrate and join in God’s joy at the return of so many prodigals I have known.

Slave or child of the living God, it is often a matter of perspective. I can deliberately and resentfully stand outside the circle of God’s loving embrace and refuse to recognize who I am and even more tragically who God is. Resentment builds because I think God is a hard taskmaster whose authoritarian orders must be obeyed… without any expectation of remuneration. Sadly in this frame of mind I can refuse to accept the freely given gifts of a generous God who longs to draw us into the eternal family.

So many of the privileges of my life are only shared by a small percentage of our world’s population. Few in our world will ever live, like I do, a life without hunger, health, housing or economic hardship. But there is one privilege that is open to all of us, the wonder of being embraced by the God of love, who longs to welcome home all who have strayed from a knowledge of our inclusion in the divine family.

So my question for all of us today is: Where does the resentment of the elder son still hold you bound? What do you need to do to release those resentments and recognize yourself once more as a beloved child of God?

As Sand Through the Hourglass

Reflections on a Celtic Cross

A Little Reflection on Genesis 1

I did not realize he has written another book on the Prodigal. Heard him speak a few years before he died. It was at the AF Chaplain’s School.

Yes it uses previously unpublished material. It is well worth reading too. Each chapter ends with an encouragement to listen, journal and commune with God – great reading and great exercises for reflection and growth. I highly recommend it.

Thanks! Will have to add it to the read pile 🙂

We have to keep Amazon in business don’t we?