An Adventure of Amazing Hospitality By Fay Williams 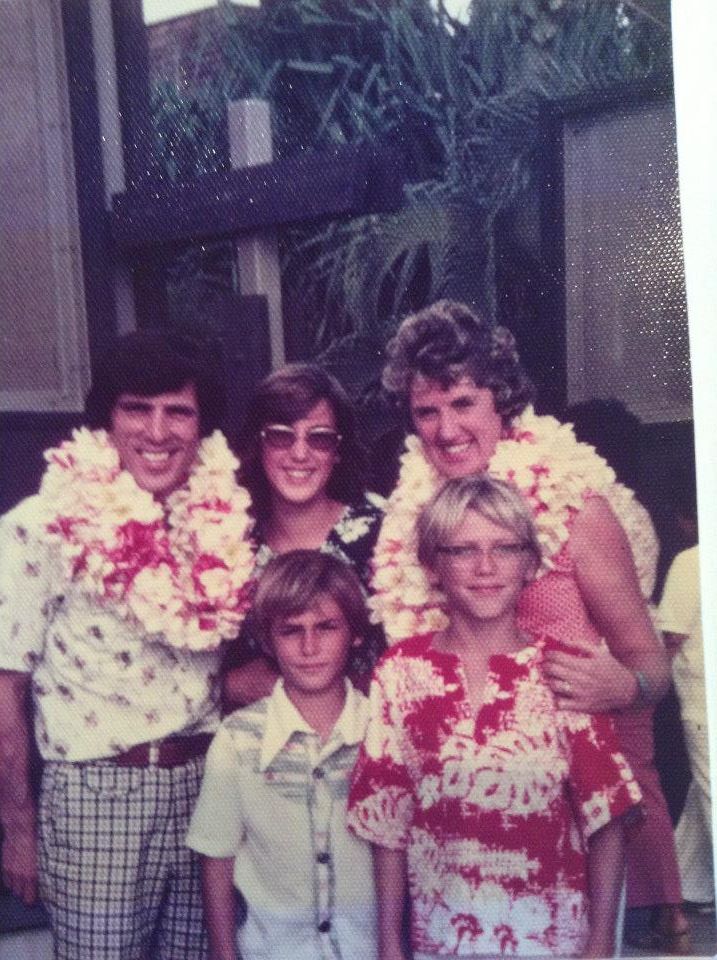 Fay and Alan Williams with Joy, Stephen an Samuel.

This morning’s post on hospitality is written by my good friend and mentor of many years Fay Williams. Fay and her husband Alan were an important part of the leadership team on board the ship M/V Anastasis.

In 1978 our Williams Family of five had just completed three years on a pioneering team on the Kona coast on the Big Islands of Hawaii. The task-to resurrect the old derelictPacific Empress hotel into a campus of Youth With A Mission. (YWAM), taming the tropical overgrowth and refurbishing the 99 rooms while eradicating rats, mice, centipedes and spiders was all part of our daily life for the first two years and now by the end of the third it was taking shape. Later to become University Of The Nations.

Time had now come for our family of five to reconnect to our home nation of New Zealand for a short time then make our way to Italy for another challenging pioneering venture in YWAM. This time an old passenger liner called the Victoria was to be transformed into a hospital ship to serve the poor of many nations.

A surprise was coming. My husband Alan who had a weeks teaching assignment at a Discipleship Training School (DTS ) in Salem Oregon, prayed about taking our whole family along including a trip to Disneyland. Believing it to be right Joy 16, Samuel 13and Stephen 111/2 and I joined Alan for a faith venture since we did not have the funds. However by the time we left Kona generous gifts came to cover the trip.

As parents we delighted in our children being blest after three years of pioneering. They were as much a part of it as us. Enduring plain, sometimes unappetizing food, including myriad amounts of peanut butter sandwiches, and spending many Saturday mornings working physically hard beside us without complaint we wanted them blest. Little did we know how rich that blessing would be.

Flying to the YWAM base in Salem, the leaders Marty & Mindy Berry friends of ours, made sure the normal hospitality for a YWAM speaker included our whole family. Artistically arranged bowls of fruit and delicious snacks met us as we entered our tastefully arranged rooms. Every time we ate a piece of fruit or snack it was replaced. So much so that one of our kids said in awe, “I can’t wait to grow up and be a YWAM speaker.” We laughed out loud. Staff workers came daily to take our children out and about Salem while Alan and I were in the DTS.

Not yet having exact plans to get to Disneyland we decided to rent a van to drive the picturesque route down the West coast. But before we did, the Salem base happened to need a new van so Marty bought one in time for us to drive it all the way to San Diego where a YWAM staff member would drive it back to LA for our flight and then back to Salem. So our journey down the West coast began. A day stop at San Francisco, two nights at the home of Marty Berry’s parents who lived near Disneyland. Warmly welcomed byMr & Mrs Berry, she took us all to a large supermarket telling our children to buy whatever you wanted to eat. I was embarrassed at such amazing generosity since she didn’t know us personally. I was also thankful my kids were well mannered and self controlled, asking about items and of course ice cream. Our host so joyfully paid at the check out  and later cooked and served us a wonderful meal after which she handed us five tickets to Disneyland. Gasp! Assuring us we could help ourselves to anything we wanted in the fridge while she and her husband would be at work the next day we were awestruck. They would not accept any payment for our stay though we offered.

We enjoyed our great time at Disneyland the next morning we set of on the last stretch to San Diego where we needed to visit a family on a small boat with whom we were connected in ministry. While there we met a man so interested in the small boat ministry who insisted we all go out to lunch with him. There he handed us free tickets for the famous Sea World. Finally flying out to New Zealand we thought back on a remarkable experience we’d enjoyed on our first trip to the mainland USA. I noted that the Americans we had met had a special gift of generosity.

This story intertwines both financial provision and the gift of hospitality together. While you can give cup of cold water to someone and it be a gift of hospitality, usually it involves more than that. Hospitality involves giving, whether finances, goods and always, time. God who is overwhelmingly generosity by nature loves to use us as His channels. 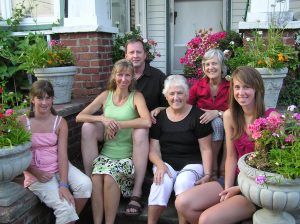 FAY WILLIAMS originally from New Zealand, has 38 years experience as a missionary with Youth With A Mission. She and her late husband Alan were missionaries in the Cook Islands from 1965-68 Later with their three children Joy, Samuel and Stephen, they, joined Youth With A Mission (YWAM) in Kona Hawaii in 1975 to pioneer University of The Nations (U of N) 1975-78.  In 1979-1988 they pioneered another work in (YWAM) called  Mercy Ships where they worked on two vessels. (This is no longer part of YWAM)

Alan went home to be with the Lord in March 1988 and since that time Fay has resided in Kona Hawaii, while traveling to help pioneer and teach in the Pacific Islands, and teaches in DTS schools on campus in Hawaii. She also teaches Art to the staff children in their school on campus.

In 1995 Fay published her autobiography about her family’s experience in missions including their travels to many nations, called, “The World In Our Hearts” available from Williams Publishing 75-5851 Kuakini Hwy #48 Kailua Kona Hawaii 96740

Enquiries or requests can also be sent to: faywilliamshawaii@gmail.com

Fay and Alan’s three adult children are married and all serving the Lord along with their spouses and children in different capacities. There are now seven grandchildren from ages between 13-26.

She is currently writing a second book, A Memoir, called  “The Journey”

My Favourite Prayers From The Week

Hospitality As A Call For All – Living...

Advent*ture in Asia, Part I: Into the Jungle