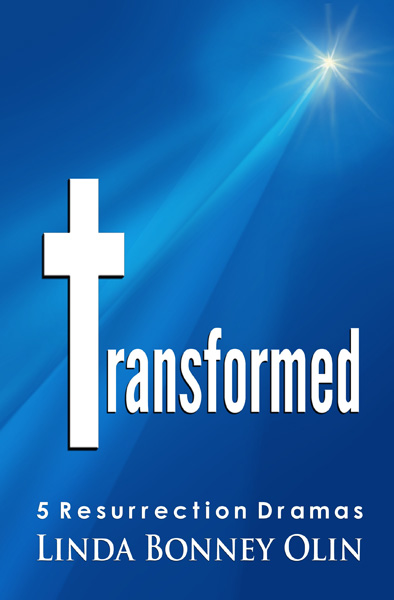 About three o’clock Jesus cried with a loud voice, “Eli, Eli, lema sabachthani?” that is, “My God, my God, why have you forsaken me?” Matthew 27:46 (NRSV)

As I worked on a dramatic monologue and songs featuring Mary Magdalene, an image of Mary’s grief-stricken face haunted me. I heard her hollowly echoing Jesus’ words, over and over, during the long hours between his death and his resurrection: “My God, my God, why have you forsaken me?”

The Bible tells us that Jesus cast out seven demons from Mary Magdalene, so she was no stranger to torment. From those depths of misery, Jesus restored Mary to physical, spiritual, and emotional wholeness. And afterward? Jesus didn’t forgive her sins with a fleeting touch and move on down the road to the next waiting sinner. No, he deeply cherished her. Mary’s gratitude exploded into love. She devoted herself to Jesus and his ministry. As their relationship grew closer, she probably assumed she would bask in his constant presence forever.

Then came his crucifixion and death.

Mary’s anguish as she stood at the foot of the cross on Friday must have been blunted by a sense of unreality. These horrors couldn’t be happening, not to the Promised One! Somehow, Jesus would pull through and triumph! But after his lifeless body was taken down from the cross and entombed, there could be no denying the awful truth. Jesus was dead.

Other disciples were stunned by the loss of their hopes that Jesus would someday establish God’s promised kingdom. For Mary Magdalene, the loss was much more personal. The man whose touch had once made Mary whole … was gone. His absence left a terrible emptiness inside her, even more devastating than the brokenness he had healed in the first place.

Of course, we know that Mary was reunited with Jesus on Sunday. Their encounter in the garden near his empty tomb is one of the most thrilling, tender scenes described in the Bible. But she had no way of knowing this was going to happen until the moment it did. In the meantime, what an excruciatingly bleak Saturday she suffered through!

Have you ever experienced a crisis of faith in one of those bleak Saturday times? Wondered why the Lord plucked you, body and soul, out of the muck only to pull a vanishing act after you gave him your love? Looked with envy at Christians who seemed to have the cozy relationship with Jesus you craved but didn’t find? Despaired of ever being whole again, without Jesus’ manifest presence?

If so, you’re not alone. We all are easy prey to feelings of doubt and desertion when the Lord seems far away.

It’s human nature, after all, to desire closeness to someone we love. If we assume that all Christians experience an intimate communion with the Lord 24/7 and that idyllic state doesn’t happen for us, we may feel confused, even angry. When a beloved human person is unresponsive, it’s a pretty clear sign that the bloom is off the romantic rose. So, when Jesus doesn’t seem to answer our prayers, uncertainty creeps in and our own fidelity wavers. People we trusted with our love have dumped us before. Maybe, we tell ourselves, Jesus is no different.

But he is different. Jesus isn’t an ordinary human, and he doesn’t express love in an ordinary human fashion. His ways are God’s ways, and God’s ways are not ours. His plans for the benefit of his beloved—us!—sometimes take Jesus out of our sight, beyond the reach of our human understanding.

To carry out such plans, Jesus allowed death to separate him from Mary Magdalene and his other beloved followers and family. Though they didn’t realize it at the time, he had not forsaken them. Just the opposite! His departure made possible an everlasting union with him, for them and for all people, including us today. That’s undying love!

When we feel Jesus’ arms enfolding us and hear his voice in our hearts, let’s fully enjoy the moment. And when we find ourselves in a bleak Saturday time, let’s draw comfort and courage from the truth Mary Magdalene learned: Jesus doesn’t lead us on and leave us brokenhearted. He will love us forever! But sometimes he must go where we cannot follow, for a while, for our good and God’s glory.

Linda Bonney Olin is a farm wife, artist, and writer of dramas, songs, poems, devotions, Bible study materials—whatever the Holy Spirit assigns. The Mary Magdalene monologue mentioned in this devotion appears in her recently released book Transformed: 5 Resurrection Dramas. Her other books on Amazon include Giving It Up for Lent: Bible Study, Drama, Discussion; The Sacrifice Support Group: A Dramatic Comedy for Lent; and Songs for the Lord. Visit her Faith Songs blog to contact Linda and find a variety of resources for ministry, music, and more. Link to Amazon’s Linda Bonney Olin page: 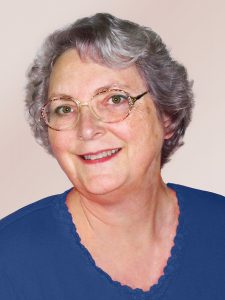 Love this! I can relate. Thanks for sharing.

Thanks for commenting, Lisa. I had a bleak Saturday this past weekend. My dear mother, whom I’ve been caring for since Ash Wednesday, passed away. But Easter is around the corner. 🙂

HI Linda…Loved this devotion. A different way of looking at these three days. Something to think about. Once again, I am sorry for the loss of your mom, but knowing that she is with the Lord has given you peace. I feel it by the way you have been expressing your thoughts. Have a blessed Easter.

Fascinated reflecting on the fact that, both with the raising of Lazarus and the resurrection of Jesus, God delays, and allows his friends to “dwell in the land of the shadow of death”., but only so that the sun can rise and be better appreciated.

Hi, Fran. Thanks for your warm thoughts. <3

Mark, you are so right. Even with my mother’s passing, the Lord arranged a delay in getting her to the hospital, thus assuring that his ever-faithful servant had a quicker, more merciful departure to glory than she otherwise would have endured, and sparing me the need to make agonizing decisions. His compassion is amazing.

Linda I so appreciate you sharing this. You may know I lost my Mum last year. Spent the last week of her life in hospital with her sleeping by her bed. It was a painful but precious time.

So well stated, Linda. Thanks so much!