Have you ever read a book called Companion to the Poor? It’s about a man’s journey living and preaching in the informal settlements of Manila, Philippines in the 1970-80s. There is one line that continues to resonate with me even years after I read it. I don’t remember the exact wording, but it was an exhortation to recognize the difference between when sin is the cause of poverty and when poverty is the cause of sin.

He gave several examples of what this means, but it’s basically this. There are some people who make bad choices and they end up in poverty because of it. But then there are people who are already living in poverty and chose to sin because they don’t see any other options for their lives.

Living in a favela in Rio de Janeiro, Brazil for the last month has really been an eye opener on this subject for me. There are definitely people who I see making poor choices, spending every last dime at the corner bar. But I also hear the stories about how my friend chose to sell drugs because it was the only way he could make enough money to support his family.

So, sin and poverty are inextricably linked. And while we can and should work towards the transformation of individuals, each one turning away from their personal sin, we must also work at a societal level. Because, when a system is running smoothly, it takes a lot of force to stop it and even more to make it go the other way.

This is sometimes a hard concept for those of us from the USA because our culture is HIGHLY individualistic. Even within the churches where we talk ourselves in circles around the idea of community, we still end up with a highly individualistic understanding of the world. But we cannot let this stop us. We must step outside the boxes our culture has put us in and follow the way of Jesus.

And Jesus, he addressed systemic sin in his culture. Each time that we see him heal someone, remember that he is breaking religious purity laws to do so. He stopped concerning with culture of religious purity so that he might restore one of God’s children to the family of God.

If we, as Americans who have the privilege of access to the internet and the time to write and read blogs (which, lets face it, sets us firmly in the “not poor” category) want to follow in the footsteps of our Jesus, we need to follow in his footsteps in this way. Let’s take a critical look at the systems of our society that tend to keep people poor. Whether it’s the supermarket deserts in inner cities, or the chronically low standards of inner city schools. What about how many churches ask the homeless? people to leave their services because they make the church members feel uncomfortable? Are we uncomfortable because we assume they are criminals? Does their poverty make us uncomfortable with our own wealth?

Instead of participating in the systems that criminalize the poor and homeless, how could we stand in holy defiance against it, like Jesus did and still does today? 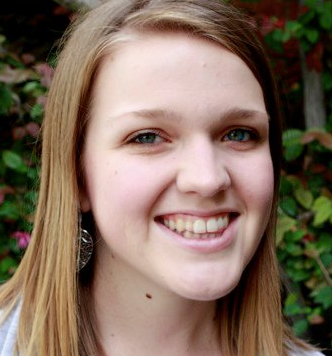 I am a 24 year old graduate student studying Transformational Urban Leadership at Azusa Pacific University while living in a favela of Rio de Janeiro, Brazil. I enjoy laughing, learning, and leading others to glorify God. I also enjoy coffee, cookie making, and amusing Brazilian friends with my broken Portuguese.

Today I Am Lost In The Agony of...

A Prayer for Holy Week

I Choose To Breathe in the Breath of...

Disunity in the Church by Sajira Mae Awang