What Becomes of the Broken Hearted? by Steve Kimes

What Becomes of the Broken Hearted? by Steve Kimes

John became homeless just a couple months ago. He was an honored veteran, and had worked hard and kept fit all of his life. He moved to Portland, having a little money for hotels and contacts with friends, confident that the job he had lined up would soon set him on a good path. Unfortunately, the job dried up and so did his friends. He found himself outside in the coldest week of the year, when almost all services were shut down. He applied for a couple jobs and then asked some people where he could go for the night, out of the snow and ice. He was told to go to a local church, where he found himself next to addicts and the mentally ill. He has no idea how he came to be in this place.

Soon the shelter was closed, because the weather crept barely above freezing. But although he applied for jobs, no one wanted to hire someone without an address, without a regular shower. He found himself out on in the middle of a park wondering where he would eat without money. That night, the police roused him and told him roughly that he had to move on. The next morning, he called veteran’s services, and he would be able to get help, but not for many months. He went back to the church, dejected and exhausted. They allowed him to sleep on their porch for a few nights, but just as he was getting comfortable he was asked to move on because there were others who needed the space.

Although this story is true, it is a common story among many people today. Strong people who had a clear direction in their lives, who knew how to live and thrive, but were broken by homelessness. Most homeless people, at one point or another, looked at a street person and said to themselves, “That will never happen to me.” But it does. Every day another six and a half thousand people in the United States lose their housing. Perhaps a quarter of those will be broken. That’s how many won’t get off the street for at least a year.

What is it that breaks the homeless?

Walking for miles to get to a meal or to get bus tickets.

Unable to get a shower for weeks.

The shame one feels because one has played the game of adulthood and lost.

The fear of being caught as a criminal for being without a roof.

The hatred of those who see you as harming their neighborhood.

Late night attacks by police with dogs who will steal all of your possessions.

Seeing your friends die due to the stress of life on the street.

Having a police officer tell you that you have to leave the town you grew up in.

Homelessness is the great equalizer. No matter what race, what education level, what cultural background, what social class, what income one identifies with, once a person becomes homeless for a few months, society sees them as just the same: the bottom of society, those who couldn’t work the system for their own benefit. Black, white, Asian, Hispanic, college professor, skilled carpenter, expert mechanic, beloved grandmother, favorite son, once you live on the street or in your car long enough you are seen only as one thing: a loser.

When we experience brokenness like this for long periods of time, our human minds can either crash, or learn to accept this new state as normal. We might travel toward mental illness in which we imagine hope where there is none, or we might fight old fights in our minds, trying to win battles we have long lost. We might drink a little to help us sleep through our anxiety and shame. Then next week we might drink a bit more. We will make new friends in our low estate, also in the same condition, because no one else wants to be reminded of our poverty. They become our new family, those who support us and we support them because, like our original family, we did not choose them, but God chose them for us.

Many learn that God is with them in a way He never was before, because God has his eye on the broken.

Jehovah Jireh provides money on the street or food in the dumpster for the hungry.

The Compassionate provides friendship for the shamed.

The Great Father provides shelter for the cold.

The Merciful provides hospitality for the merciful.

The Comforter provides succor for the mourning.

The Omnipotent provides strength for those whose minds are broken.

God promises a new life for the broken in Jesus, a second chance at restoring life. Perhaps not today, not tomorrow, but soon. For those who are bone-weary, broken to the core, God will renew their strength, He will restore them like the phoenix.

“It’ll be a day like this one when the sky falls down and the hungry and poor and deserted are found.” -Switchfoot 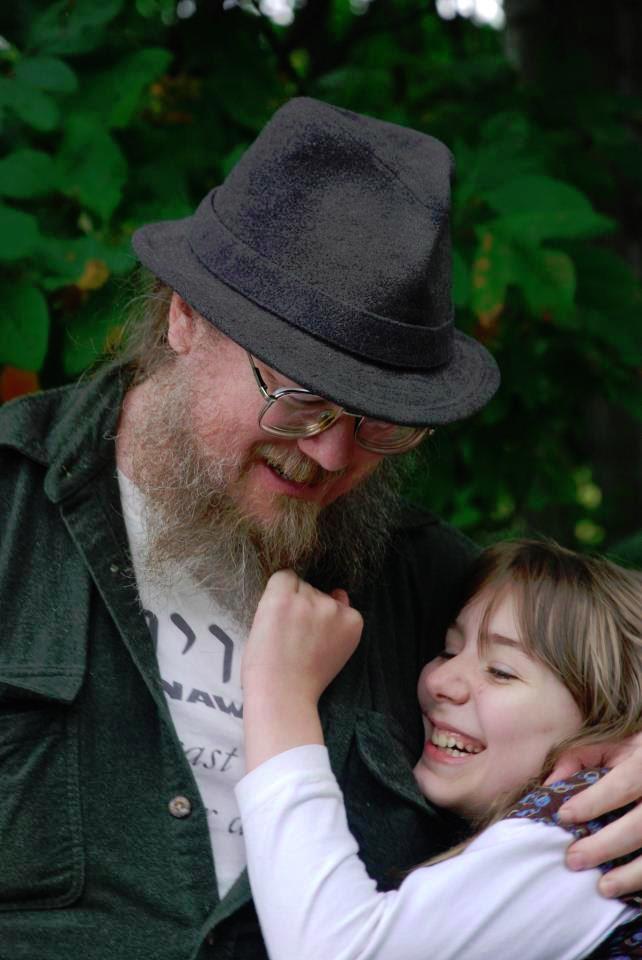 Steve Kimes is pastor of Anawim Christian Community, a church of the homeless and mentally ill in Portland, OR.  For more reflections on homelessness and the church, please visit Anawim’s website, www.NowhereToLayHisHead.org  Steve is pictured with his daughter, Mercy.

Today I Am Lost In The Agony of...

A Prayer for Holy Week

I Choose To Breathe in the Breath of...

Disunity in the Church by Sajira Mae Awang