Mystery of the Mundane Part 2 by Brad Culver

Today’s post is the second written by Brad Culver who is presently homesteading in eastern Ontario and also involved in an inter-faith community. The article was first published on National ThoughtWorks Blog Brad also blogs at Living Water from an Ancient Well

And every common bush afire with God;
But only he who sees, takes off his shoes,
The rest sit round it and pluck blackberries,
And daub their natural faces unaware.
Elizabeth Barret Browning 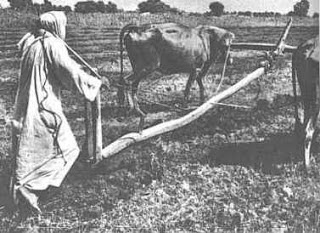 God is found in the common places. He walked in the cool of the day. He was found in the still small voice. He rides on the wings of the wind. His glory is etched in the drifting clouds above. Present in the fragrance of a flower. Jesus lived in the ordinary world, ate ordinary food, walked among ordinary people, miracles were performed in common place in ordinary moments, at a wedding, on a hillsides, along dusty roads in the parching heat of the day.

The mundane moments of daily life are ripe with His presence, doing the dishes, driving to work, nursing the baby, waiting on tables, walking in the woods. The Celtic culture nurtured and facilitated a sacramental approach to life. Not only recognizing but expecting Gods presence in the ordinary routine and rhythm of the day.

The Celt’s recognized and celebrated the sacred in the common place. They anticipated and invited the presence into everyday activities such as setting the fireplace, milking the cow, churning the butter, ploughing the fields.

“I AM smooring the fire As the Son of Mary would smoor Blest be the house, blest be the fire, Blest be the people all.” (a blessing for preparing the night hearth)

“The guarding of God and the Lord be yours… Traveling mead’s long and grassy…Be the bright Michael king of the angels Protecting, and keeping, and saving you.” ( a portion herders prayer)

The Irish Church of the Fifth Century was full of LIFE. One of her founders, Patrick and those that came after him carried the Gospel to all four corners of the “Emerald Isle,” and beyond. As one writer describes them, “There was a passion for foreign missions in the impetuous eagerness of the Irish believers, a zeal not common in their day. Burning with love for Christ (and their neighbor) , fearing no peril, shunning no hardship, they went everywhere with the Gospel” (Edman).

These Celtic missionary wanders became known as the Peregrini.

The Peregrini, (among their number Columba,Columbanus and Aidan) journeyed to the nearby northern islands, the Orkneys and Faroes. Then on to Scotland, England, the forests of Germany, the rugged hills of Gaul, the foothills of the Alps, the valleys of the Rhine and the Danube, and to the cities and remote valleys of Italy. Some went singly, as hermits, others, in small groups, often numbering up to 13, imitating Jesus and the Twelve. Their numbers multiplied so greatly that they became a characteristic feature of Western Europe through most of the period from 500 to 950

One of the things that set these “peregrini” apart from the traditional missions of t their time and ours was their approach. They went out not seeking to bring change but to be changed. They were convinced that as they went they would be transformed into the image of the man that went about everywhere doing good and that this transforming work in them would be the catalyst for transformation in others. This caused them to embrace the ordinary, to welcome difficulties to perceive all daily activity as holy and  to not only look for but to make space for God’s presence in the mundane and common place.
As we recognize and acknowledge the presence in our mundane daily activities, we then begin to take off our shoes in the presence of every common bush a fire with God. All activities become sacred and sacramental, all ground holy. Every moment has the potential to become pregnant with possibility and a live with wonder and the simplest common activities can then become “spiritual practice’.

The Mystery of the Mundane Part 1 by Brad Culver

very interesting, thanks for sharing!