God’s Healing – Do We Need Doctors?

As a young doctor I was always concerned because it seemed to me that the Bible had nothing to say about doctors.  When healing occurs it is usually linked with the miraculous. Luke is the only doctor mentioned in the Bible, and he was not working as a medical practitioner. 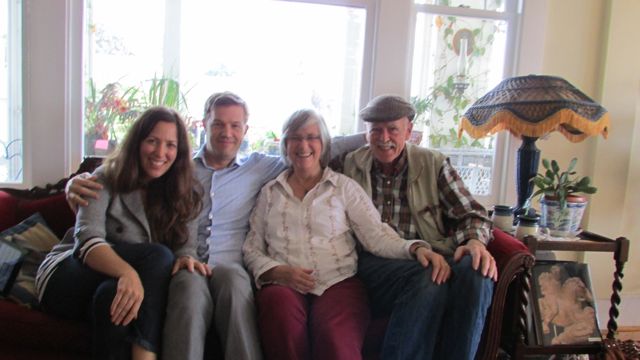 I was thinking about this yesterday when our good friends Steve and Michelle Ruetschle came to visit. Some of you may remember when I wrote about him a couple of years ago in Do Miracles Still Happen. According to the doctors Steve should be a quadriplegic. Though medical science certainly helped in his healing, Steve would not be walking today without the healing powers of God.

Health and healing, the practice of medicine and the principles of hygiene in the Hebrew world, all fell under the Levitical mantle, part of the religious framework of life.  Medicine and the care of the sick is part of the priestly calling a life set aside in service to God.

It was the Levites to whom God gave the principles for health and hygiene.  They were responsible for both the physical and spiritual health of the community.  God gave them detailed instructions for basic cleanliness and sanitation that if followed today would greatly increase the level of hygiene in many a struggling nation.  It would be hard for us to imagine our church workers as garbage disposal experts or as sanitation workers, yet for the Levites this all came under their jurisdiction.

Spiritual and physical health were linked as one ministry.  Physical cleanliness was for the priests a symbol of spiritual cleanliness. One depended on the other and both were performed by those people whose lives were set aside to serve God.

In the early Judeo – Christian church, healing was considered part of the religious function of the community.  Monetary compensation was forbidden.  In contrast the Graeco-Roman tradition professionalized medicine and saw it as a vocation to be monetarily compensated – the model that we now embrace.

The rapid growth of the early church was probably a result of its power to heal, to cast out demons and to create communities of mutual care.  Interestingly, this was closely linked to an acceptance of suffering as an identification with the sufferings of Christ and an understanding of physical illness as part of a larger paradigm in which God’s grace works through human weakness.  Throughout most of Christian history, the church provided centers for healing and cared for the sick and the suffering.  In the Middle Ages the monasteries were centers of healing They were often famous for their herb gardens which provided a broad range of medicinal substances that were produced for the use both within the monastic community as well as in the outside secular community.

In this framework, the medical attendant was seen as a servant to the poor and the sick, someone who came to relieve their pain, to heal their hurts to comfort their concerns.  Spiritual and physical health and healing walked hand in hand, separate parts of a whole person.

I thought that you might be interest in  this interesting reference to health care workers that I found.  It is not in the Protestant Bible but in the Appocrypha, those books between the Old and New Testament that are considered by some to be a part of the Biblical text.

“Hold the physician in honour, for he is essential to you,

and God it was who established his profession.

From God the doctor has his wisdom, and the king provides for his sustenance.

His knowledge makes the doctor distinguished, and gives him access to those in authority.

God makes the earth yield healing herbs which the prudent man should not neglect;

Was not the water sweetened by a twig that men might learn his power?

He endows men with the knowledge to glory in his mighty works,

Through which the doctor eases pain and the druggist prepares his medicines;

Thus God’s creative work continues without cease in its efficacy on the surface of the earth.

My son when you are ill, delay not, but pray to God, who will heal you;

Flee wickedness; let you hands be just, cleanse your heart of every sin;

Offer your sweet-smelling oblation and petition, a rich offering according to your means.

Then give the doctor his place lest he leave; for you need him too.

There are times that give him an advantage, and he too beseeched God

That his diagnosis may be correct and his treatment bring about a cure.

He who is a sinner toward his Maker will be defiant toward the doctor.”

A Prayer for My Children #3 by Kimberlee Conway Ireton

A Litany of Healing for A Time of...

How churches can work with the CDC to...

Freedom from Bondage of Fear

I know just what you mean. People often ask me if I miss being a doctor. I always tell them that my medical knowledge has been an important foundation for the work I do now – I don’t miss it because it is an integral part of who I am and what i do