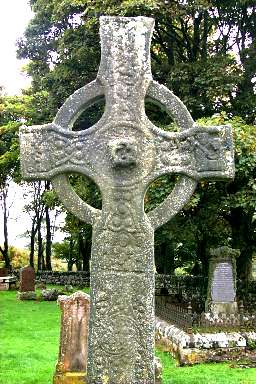 Part of what I teach here at the Overseas Ministry Study Center is a a session on Celtic Spirituality. It is also time to sign up for the 22nd Annual Celtic retreat if you want to take advantage of the early bird special.

The Celtic stream of Christianity has impacted many of us who look for a whole life faith that interweaves through every area of life. Their emphasis on the God who is revealed in and through creation has also influenced me and contributed in many ways to my thoughts on the sacredness of creation and its importance as a sanctuary in which we meet God.

The major heritage of Celtic spirituality is the beautiful prayers like this one which are found throughout Ireland, Scotland and Wales. May have been collected in the CARMINA GADELICA. One I love and return to often is this one:

I Weave a Silence

art from book of Kells

There is however more to this tradition than the prayers that attract me and so thought I would repost this list of Celtic distinctives which some of my may find of interest.

Eyes of the Heart by Christine Valters Paintner

Christine do you have some books you would recommend to read about this.

I am interested in the same thing. I am very drawn to this expression of faith and relate to this on a daily, personal level. But, I have no background or information on this and would love a broader read, Thanks for your help.

I have enjoyed that too. St Brigid is one of my favourite Christian saints.