Resources for Holy Week #2: Stations of the Cross

This year I thought that I would separate out the stations of the Cross from other Good Friday resources as I know many churches like to have Stations of the Cross available for people to walk throughout Holy Week. This year I tried to put together a collection from around the world attempting to highlight some of the challenging issues of our turbulent world that are portrayed. Most of the images are far from the traditional stations of the cross though I have ended the collection with a mimed rendition of Sandi Patty’s Via Dolorosa. If there are other international images you think should be a part of this collection please add them in the comments. Enjoy! 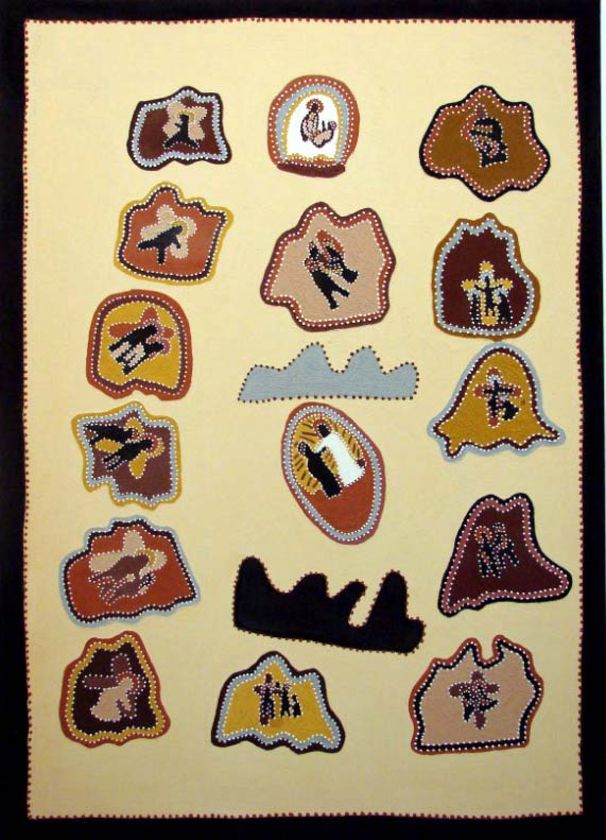 Stations of the Cross by Indigenous Australian Shirley Purdue via abc.net.au

Cityside Baptist church in Auckland New Zealand has held an exhibit of contemporary icons to reflect on at Easter for a number of years. The photos shown were taken at their 2002 and 2004 presentations.

I also came across this  interesting set of Jordanian stamps which  Mansour Mouasher has found depicting the Stations of the Cross.

And another very beautiful, Korean Stations of the Cross by Korean sculptor Choi Jong-tae from Myeong-dong Cathedral.

I love this stations of the cross from Hekima College, Nairobi, Kenya. The designs were created by Father Angelbert M. Vang SJ from Yaoude, from the Cameroon who was a well-known historian, poet, musician and designer and executed by a Kenyan artist.

This meditation is a poignant reminder of those who struggle daily to carry crosses we cannot even imagine.

This Stations of the Cross series by Chris Gollon was commissioned by the Church of England for the Church of St John on Bethnal Green, in East London. Gollon took the unusual step of using his own son as the model for Jesus, his daughter as Mary, and his wife as Veronica. Fr Alan Green is cast as Nicodemus, and David Tregunna (Gollon’s friend and agent) as Joseph of Arimathea. The juxtaposition of real figures with imagined ones creates a heightened sense of reality. I think that the images are both compelling and powerful.

I found this mimed rendition of Sandy Patti’s Via Dolorosa very refreshing.

A Child’s Perspective on Homelessness by Edith Yoder

Have you seen this one? Set in Vancouver, BC
http://chriswoodsartist.com/id46.html

Thanks Shawn, I appreciate you making me aware of this.