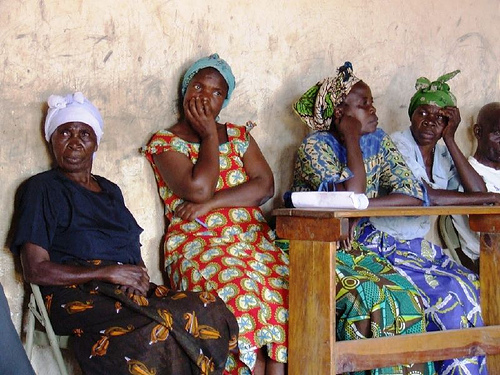 I wrote this post today for the series Return to Our Senses in Lent in honour of International Women’s Day tomorrow. Part of my scripture reading for the morning was Roman’s 5:12 – When Adam sinned sin entered the world. Adam’s sin brought death, so death spread to everyone. Adam sinned and the first thing he did was blame Eve and it seems to me that the daughters of Eve have borne the burden of that blame ever since.

Downton Abbey brought this home to me recently. Ethel gets pregnant and is thrown out of the house, forced to become a prostitute. Thomas is revealed as a homosexual and is not only forgiven but promoted. Both activities were regarded as moral sins at the time, but treated so differently.

I sat here musing about this today as I considered the inequalities that still separate women from men – less pay for the same amount of work, the inability to own property in some parts of the world, the lack of legal representation in others and of course the more subtle forms of discrimination – gender selective abortion and even malnutrition. In spite of the fact that girl infants usually have a higher survival rate, in places where malnutrition is prevalent, more boys survive. The gender gap is closing but it is still very present in our world.

International Women’s day began as a day for celebrating the social, economic and political achievements of women.  It was first celebrated in 1911, around the time of Downton Abbey, when women in most parts of the world still had few rights.

Thinking about this reminded me of the many women I have known over the years who have impacted my own life because of their advocacy and social action.  I would like to pay tribute to some of these women today.

There are those who lived in the past when it was not easy for women to speak out in society:  – like Elizabeth Fry, the English Quaker who in the early 1800s became well known as a prison reformer and social activist.  Another was Daisy Mae Bates, a controversial Irish Australian journalist who made a name for herself in late 19th century Australia as a welfare worker and lifelong student of Australian Aboriginal culture and society.  She was known among the native people as ‘Kabbarli’ (grandmother).  Still another is Gladys Aylward who became a missionary to China in spite of being rejected by the China Mission Center in London.  In October of 1930 she set out from London with her passport, her Bible, her tickets, and two pounds ninepence, to travel to China by the Trans-Siberian Railway, despite the fact that China and the Soviet Union were engaged in an undeclared war.   She is best known for her trek across the mountains with 100 Chinese children during the war, a story immortalized in The Inn Of the Sixth Happiness.

Others are women I know today whose lives continue to inspire and encourage me.  LikeWangari Maathai an environmental and political  activist who in 2004 became the first African woman to receive the Nobel Peace Prize for “her contribution to sustainable development, democracy and peace.”  Another is Edith Yoder – Executive Director ofBridge of Hope an organization that works to end homelessness by surrounding single parent moms with a church support team.

Still others are women whose achievements will probably never be known by any but a small group of friends – like Heather and her husband Dennis who have founded a school in China close to the Mongolian border and Jocelyn Cowey in New Zealand who is one of the most hospitable people I have ever known and last but not least my mother whose quiet strength has always encouraged and supported me.

Then there is the young woman whose name I don’t even remember who worked alongside me in the refugee camps on the Thai Cambodian border as a Khymer medic.  She had little training but her dedication and compassion not only impressed me but saved the life of many of her country men and women.  I have met many others like her around the world who struggle to survive in a world that often abuses, overlooks and discriminates against them.  Fortunately though I may not know their names I am sure that God never forgets who they are or the good contributions they have made to our world.

Some think that singling out women and their achievements like this is outdated and even obselete.  I suspect they are unaware of how many women still struggle to treated as equals. I will never forget the Cambodian refugee who said to me “Your being here gives me hope that one day my daughters will have the same kind of freedom that you have.”  The commemoration of a day like this which has fostered massive change, not only for women, but for children, the underprivileged and victims of discrimination still gives hope to those who long for freedom.  Its achievements cannot be forgotten or taken for granted.  While 60 per cent of the world’s poorest are female, 10 million more girls than boys do not attend primary school, and violence against women kills and injures as many women as cancer, International Women’s Day continues to be a relevant and vital encouragement toward liberation.

Prayer for the Fourth Sunday of Lent 2013

The language of Prayer by Kimberlee Conway Ireton

Looking Back What Do We See

Though I am a “man”, I have — I suppose since the first days of my memory— been most impressed and impacted by women. My Mother and her 4 living sisters (referred to in our town as “The Whitworth Girls” ) showed me through their actions and words what it is to love, to forgive, to pick myself up after I have fallen or been knocked down and “get on with it”, to show gentle, quiet random acts of kindness to whomever came into my path. And when I read of the Crucifixion, it was the women followers of Christ that followed him to Golgotha and stayed in the very shadow of the Cross until the end. (I think that St. John the Beloved Disciple was the only man remaining. Perhaps a reader will clarifly ? ? ?) And then at the early light of that glorious first Easter morning, it was women that went to the tomb to do the necessary, and it was to a woman (St. Mary Magdelen) that the Risen Christ first appeared. Not treat women as equal to men with full opportunity? To me, that is grotesque; it is unspeakable… surely it is a terrible affront to God Himself I do think. Love to U all…. Stephan

Stephan thank you for your beautiful and encouraging response. It always heartens me when men feel as passionate about this inequity as women do.