Lord Teach Us to Pray: The Quietest Prayer by Monette Chilson

The post for the Lord Teach Us To Pray series today comes from Monette Chilson.  Monette is long-time yoga practitioner and dedicated to making the spiritual benefits of yoga accessible to all through her writing. This post is an excerpt from her forthcoming book, Sophia Rising: Awakening Your Sacred Wisdom Through Yoga, coming Fall 2012 from Bright Sky Press. You can read an expanded version of this excerpt on her website www.SophiaRisingYoga.com 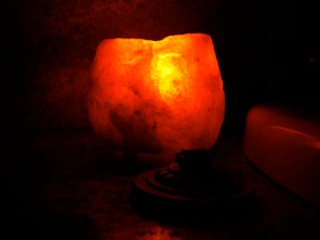 So often we associate prayer with talking to God. We are much less comfortable with the part of prayer that is sitting and listening. Meditation brings to mind images of lotus-bound swamis and seems to bear no resemblance to our own prayer life. But what would an exploration of this quiet state of being with God yield in our spiritual lives? Could it lead us to the state of union with God (samadhi) that yogis describe as the pinnacle of their spiritual experience (the eighth limb of yoga)?

This idea of becoming one with God is very much in line with the mystical practices that date back to our Desert Mothers and Fathers of the fourth century who lived and breathed Psalm 46:10—“Be still and know I am God.” According to modern day contemplative leader Thomas Keating, these forerunners of our faith interpreted this beloved psalm to mean “movement away from ordinary psychological awareness to the interior silence of the spiritual level of our being and beyond that to the secrecy of the union with the Divine Indwelling within us.” The experience he describes is samadhi, though he doesn’t use that word. Indeed, this experience of yoking oneself to God transcends religions and appears to be the destination of travelers on all spiritual paths. While this merging consciousness is often seen as exclusive to Eastern religions,

it is equally rooted in Western traditions. The distinction is a rhetorical, not a theological, one.

In Catholic theology, theosis refers to a specific and rather advanced phase of contemplation of God, not unlike the unifying experience of samadhi that is the eighth limb of yoga. The process of arriving at such a state, or moving toward it, involves different types of prayer which lead practitioners along the purgative, illuminative, and unitive ways, known collectively as The Way.

Similarly, theosis—divinization—shows up, more or less prominently in various Protestant denominations as a manifestation of divine grace. While most Protestants do not use the term theosis, they refer to a similar doctrine by such terms as “union with Christ” or “filled with the Holy Spirit.” John Wesley, putting his unique Methodist spin on this process, developed the doctrine of sanctification which describes a state of such unity with God that sin is no longer present.

If quieting the mind so that we can focus on spiritual matters is our universal goal, why is it so difficult for most of us? The idea of samadhi is affirmed in many faith traditions; however the concept of being still—of doing nothing—and letting God dwell in us, is far removed from our modern sensibilities. Those operating within Western religious paradigms resist the concept of meditation and experience the obstacles to it even more acutely than our Buddhist sisters and brothers who outlined these five hindrances to a state of deep meditation:

Sensual Desire: Craving for pleasure to the senses

Anger or ill-will: Feelings of malice directed toward others

Sloth-torpor or boredom: Half-hearted action with little or no concentration

Restlessness-worry: The inability to calm the mind

Doubt: Lack of conviction or trust.

There is no way to enter a state of samadhi with any one of these loitering in your head.  How do we rid our mind of these unwelcome intruders? The answer lies in the limbs of yoga that precede this ultimate spiritual union. Go out and perform a random act of kindness (yama & niyama), incorporate some breathing exercises into your meditation time (pranayama), get up and focus on some body-expanding asanas (yoga postures). Just maybe your mind will follow.

Lord Teach Us to Pray: The Lord and His Prayer by Barb Buckham

Lord Teach Us to Pray: The Entire Series

Reblogged this on onbeingmindful and commented:
samadhi…what each practice of faith or faith tradition is desiring to attain. Moving toward union with God, Such a simple concept…practicing mindfulness/meditation helps us on our way.