This is the second post in the series Lord Teach Us To Pray. It was originally posted in 2009 as part of a series on What is a Spiritual Practice, but is is so good that I wanted to reblog it as part of this series on prayer.

Gerard Kelly and his wife Chrissie founded and co-lead The Bless Network, a growing family of talented and passionate young leaders working for the transformation of Europe. Bless uses short-term mission placements on mainland Europe as a learning tools, empower young adults to grow through ‘missional formation’: encountering the God of mission and finding purpose in the mission of God. The Kelly’s live in France, where bless are developing an intentional community and missional base on a former cider farm in Normandy.

Gerard prays on twitter at twitter.com/twitturgies. Gerard and Chrissie have co-authored ‘Intimate with the Ultimate’, a popular guide to the life of prayer published by Authentic in 2009. Gerard has published around 10 other titles, including ‘Twitturgies’ which is a collection of some of his Twitter prayers. 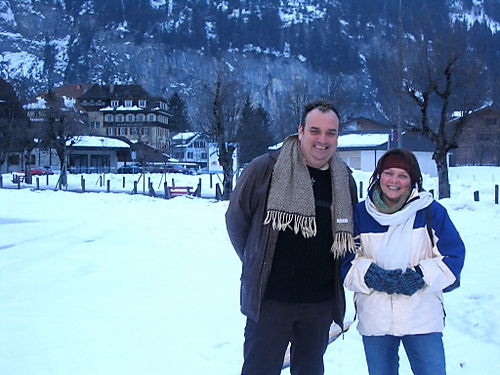 As reported in London’s Independent and around the world, Ireland’s top Catholic Cardinal Sean Bray has urged his flock to use Twitter as a means of prayer. In a speech in honour of the late Father Patrick Peyton, the Priest famous for coining the phrase “the family that prays together stays together,” Cardinal Bray insists that a new movement of prayer can arise using new technology and social networks.

Publicity-seeking hype, or a genuine call to prayer? Can social networks genuinely become part of spiritual discipline in the 21st Century?

My own experiment with prayer on Twitter would suggest that they well might. At the end of February this year, I was reflecting on what value Twitter might have in my own life. It was just days after the Amsterdam air incident, when a Turkish jet crash-landed in a field a few kilometers from my home. Many people from our church community were involved in the rescue efforts and in treating the victims as they were rushed to local hospitals. And many others were astounded by the speed at which Twitter users were able to inform others of the crash. This was a week in which Twitter, in more ways than one, got everybody talking. And it got me thinking. Two things happened to me as a result. The first was a prayer that rose in my heart: “This day, Lord, be born in me. This day teach. This day heal. This day win, in death, surprising prizes. This day rise, this day rise in me.”

The second was a word: Twitturgies. Why not use Twitter as a means of prayer, all the time accepting the constraints of communication in less than 140 characters? In essence I simply took the Twitter question “What are you doing?” and translated it as “What are you praying?” taking the prayers I was praying in any case and crafting them into personal liturgies.

Two hundred and twenty-four Twitturgies later, the result has been an unexpected change in my own life of prayer. Others have expressed appreciation for the prayers they have received on Twitter, but the real benefits have been in my own spirituality. By allowing my commitment to Twitturgies to force upon me the regular question, “What are you praying?” the practice of writing Twitturgies has blown a fresh breeze through my prayers.

There are three key ways in which this has really helped me: Firstly, it has empowered me to pray frequent, short prayers, peppering my day with snatched moments of prayer, rather than waiting for the rare occasions when I can spend focused hours praying. I still seek out those times when I can, but I am praying more overall by adding these shorter prayers. I don’t update Twitturgies at fixed times, but they are often early-morning or late-evening “tweets,” with whatever opportunities I can find in between to use my computer or phone to pray.

Secondly, the forced constraint of 140 characters brings incredible focus to my prayers. On many occasions I have been surprised by the clarity that emerges. Twitturgies are shared with others, so they have to be interesting, accessible, and easy to understand—criteria that should be perhaps applied to prayer more often. Twitter posts are the new Haiku, and as the Japanese have known for centuries, the constraints of form do not stifle creativity: they give it depth. The challenge of expressing heartfelt prayers in such short sentences has been a new discipline in itself.

Lastly, the practice has made me newly conscious of my own prayers and longings. My aim is that Twitturgies be authentic—that is, that they genuinely reflect something I am praying about. They are prayers, not poems as such. I have to ask myself, “What do I want to say to God right at this moment?” “What is on my heart today?” The questions become part of the discipline. The result of this is that I am both a reader and a writer of Twitturgies; the construction of these prayers speaks to my heart also. And because they are short and sharp, they capture very succinctly what is going on in my soul at a given moment. I archive all the prayers so they are also a kind of spiritual journal. I can look back over a day, or a series of days, and see a pattern in the prayers that have emerged. “Reading” this pattern against the events of that day or days helps me to reflect on my own spiritual journey more deeply.

Twitter has become, for me, a vital part of my prayer life. Because it is intended to be a mobile medium (I write as often from my phone as from my laptop), it is a go-anywhere prayerbook. I have prayed “twitturgically” in between appointments, walking home from the office, during a coffee break, in a worship service, and in the last moments before sleep. Perhaps Twitter can become a kind of technological breath-prayer, a “pray without ceasing” application for any of us.

Life As Prayer by Roy Goble